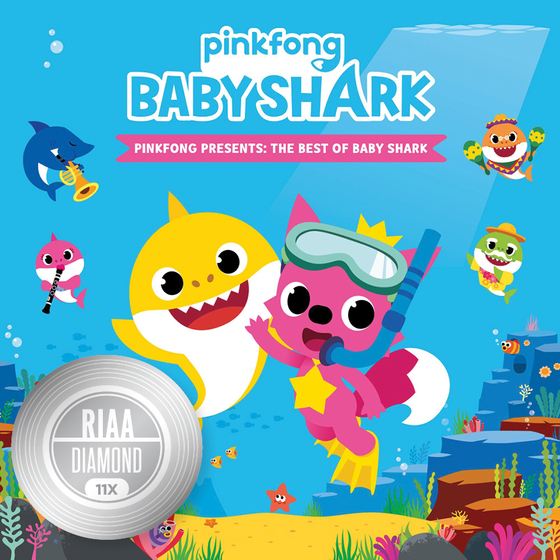 ″Baby Shark″ has got the highest Diamond honor from Recording Industry Association of America as well as 11X Multi Platinum. [SMART STUDY]


“Baby Shark” has been certified Diamond by the Recording Industry Association of America (RIAA), according to Smart Study, the company that made the children's song.

The British Phonographic Industry also awarded "Baby Shark" a Double Platinum certification in September, which is given to a single which surpasses sales of 1.2 million.

The 1.2 million includes the number of paid views and free views as well as streaming of audio and video. Platinum means the accumulated number went over 600,000 times, and if that number is doubled, BPI gives out 2X Platinum certificate.