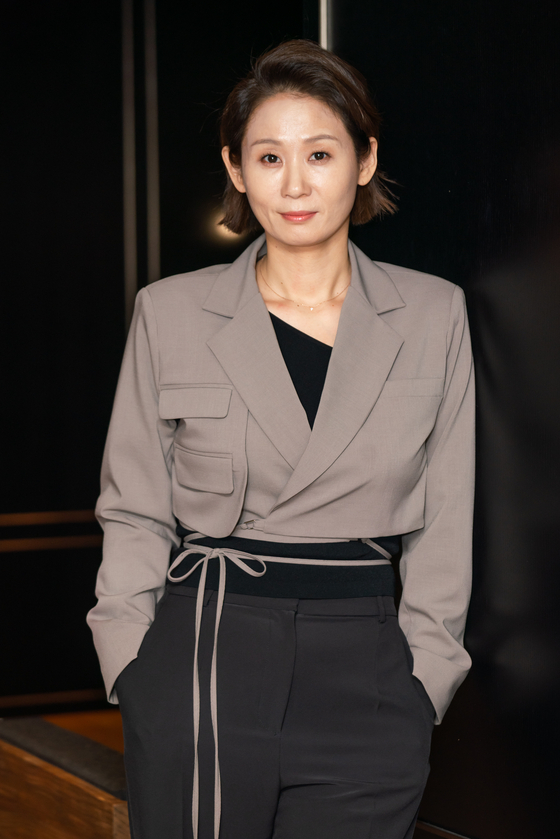 
In “Three Sisters,” Kim Sun-young portrays Hee-sook, the eldest of the sisters and the one who seems to have the most difficult life, yet the actress saw the greatest burden being carried by another character.

“During one of the screenings, I suddenly sympathized so much with Mi-yeon,” Kim said at an online interview on Wednesday. “We all lead a life that’s too much for us to handle, and I just felt for Mi-yeon with her family history while she had to carry the weight for her sisters.”

Hee-sook runs a flower shop in which no one ever comes by and has a good-for-nothing husband who comes every once in a while to take money from her and a daughter who barely even talks to her.

But Hee-sook always smiles, tells everyone that she’s okay and apologizes even though she’s done nothing wrong. And when the situation becomes too much for her, she cuts herself.

Kim believes that evasion and denial were Hee-sook’s defense mechanisms.

“She doesn’t really comprehend that she’s going through something difficult because that became her default,” Kim said. “So she’s always instinctively smiling, and when something gets more strenuous, she stoops even lower to say that she’s okay and apologizes to the others. 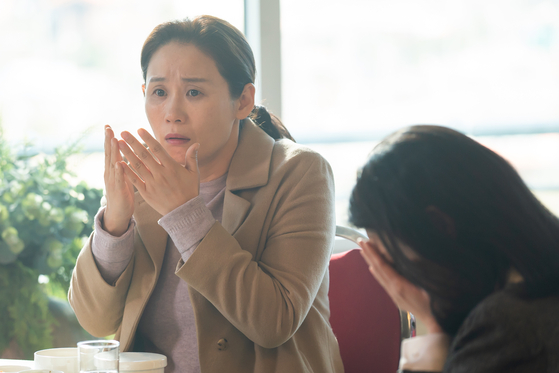 Actor Kim Sun-young as Hee-sook, the eldest sister and the most unfortunate one of the three. [LITTLE BIG PICTURES]


“On one hand she’s always happy, because everything’s over for her when she says she’s sorry,” Kim continued. “But there are moments when she realizes the reality of her situation, and that’s when she would cut herself. But I portrayed Hee-sook not believing that this was a habitual thing, just once in a while when the character felt overwhelmed.”

When asked if Kim thought Hee-sook is a good mother, the actor seemed to be utterly thrown by the question.

“No, I don’t think she is a good mother,” the actor said as she tried to suppress her tears during the interview. “I’m sorry, it’s the first time anyone has asked that — no, I think Hee-sook is an unhappy person, and while I personally sympathized with her misfortunes, she wasn’t a good mother. People say that the best education that you can give to your offspring is the mother’s happiness, but Hee-sook failed to do that.” 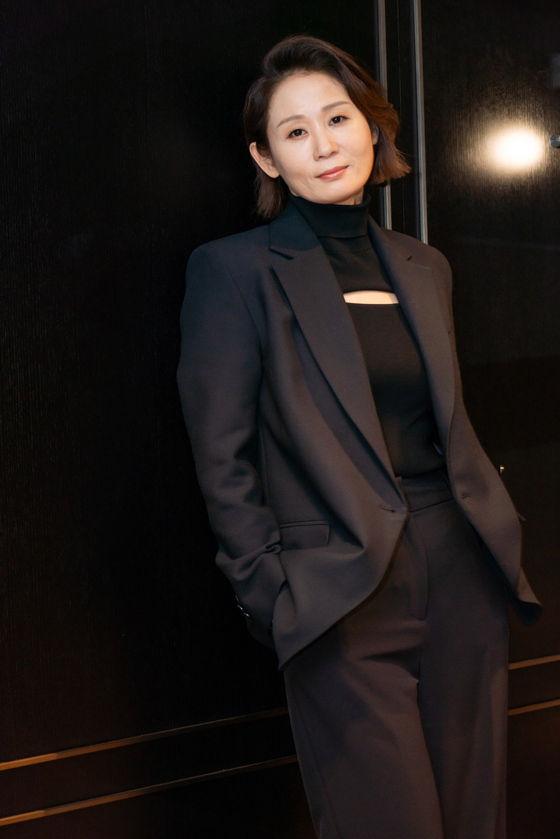 
Contrasting the character, the actor puts her own pursuit of happiness first.

“I’m very clear about my boundaries of comfort, rest and happiness,” she said. “So my daughter might feel lonely, but she’s been educated from when she was young that I have my own time. I would tell her that I need to take this call, I need to spend time learning my lines, and she knows by now that she can’t interrupt me.”

When asked what her family means to her, she replied that no matter what they mean to her, what doesn’t change is that they are her family.

“Irrelevant to what they mean to me, family is family,” she said. “They cannot be cut off, and that can be a chain rather than a bond, and their existence itself can be violent to some people. I just remembered something that a pedagogist said — that the first devil that a human being comes across after they’re born is family. That stuck in my mind. How I develop this bond lies up to my choice and dogma, which is why I believe that the pursuit of my happiness the way to the happiness of my family.” 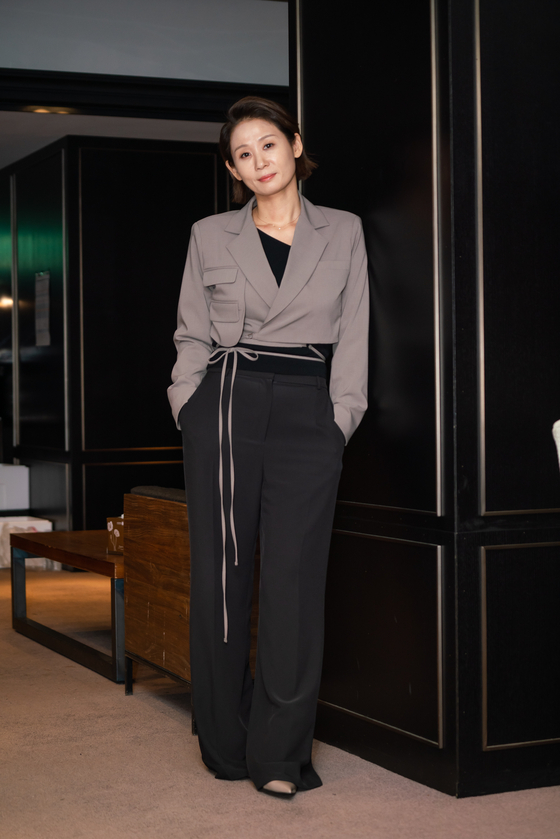 
Kim debuted as a stage actor in 1995 and began to appear on television from 2015. She is most familiar to the audience for her appearance in the mega-popular tvN drama series “Reply 1988.” Since then, she’s been active as a supporting actor across a multitude of films and television series, appearing in “When the Camelia Blooms” (2019) on SBS and “Crash Landing on You” (2019) on tvN.

“Honestly, there isn’t a thing about my personal life that I hope people would know,” she said. “What’s important to me is that they remember me by that character or when my characters would offer enjoyment or comfort to me rather than to be recognized by my name.”

What she hopes the film “Three Sisters” would bring to the audience is comfort.

“I don’t think it matters what message I hope to send across to the audience,” she said. “Because they are each at different phases in their own lives and the meaning differs for each person.

“But what I do think is that people all believe that they themselves are lugging around the heaviest, that’s what humans are,” she continued. “Just like how the splinter under your fingernail feels the most painful. When the audience sees this film and realizes that we are all living like this, we all have our own share of homework that we’ve never been able to resolve — that’s what I think solace comes from. Life doesn’t always have to be hard, but there’s no guarantee that it won’t be, and we just need to live through it together.”