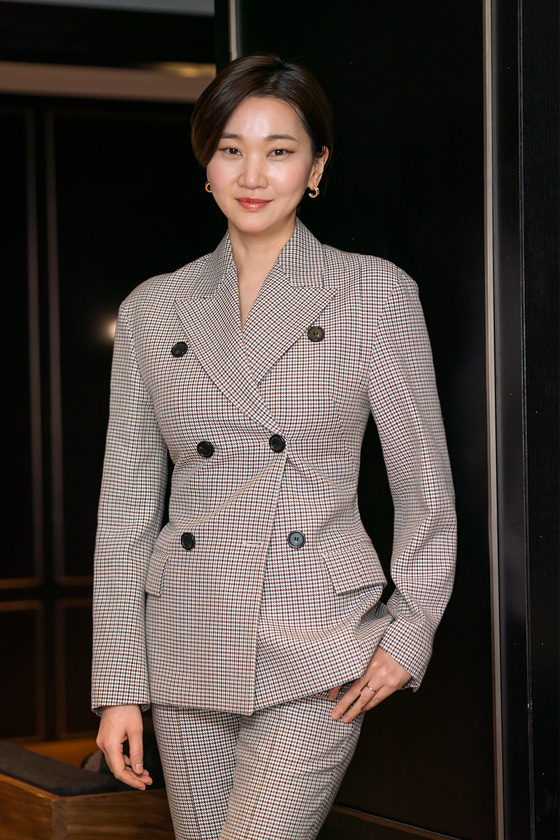 
For Jang Yoon-ju, actor is a relatively recent addition to her résumé.

She debuted in “Veteran” (2015) as Miss Bong, a kind of character that shows up from time to time to generate laughter, which is something that’s not too far off from Jang as an entertainer and her cheery personality that she’s revealed through various variety shows.

But her jobs stopped there for a while. It wasn’t because she wasn’t offered anything, but the model-turned-actor seemed to have become more cautious in choosing her roles.

“For ‘Veteran,’ I already knew director Ryoo Seung-wan so well, and I went to the set thinking I’m going there to play,” Jang said at an online interview Wednesday. “And the film came out so delightfully enjoyable too. And more roles similar to Miss Bong were offered, but at the time, I couldn’t easily accept because of my circumstances — I got married and had a child — [but it was also because] I now didn’t have enough conviction that I could pull them off.”

But when she read the script for “Three Sisters,” she was immediately drawn to the story and to the character of Mi-ok, the youngest sister.

“I am also a third born out of three sisters,” she said. “And I wanted to be part of this story which conveys these messages, and there was the fact that I was doing this with Moon So-ri and Kim Sun-young.” 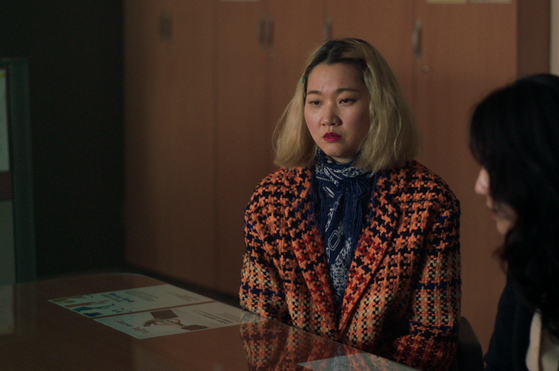 Actor Jang Yoon-ju as Mi-ok, the youngest out of the three sisters. [ESTEEM ENTERTAINMENT]


The actor still hesitated, wondering if she could pull off a complex character and whether her tone wouldn’t be out of place next to veteran actors such as Moon and Kim.

“But after I reached my decision, I didn’t look back,” Jang said. “I started off with a mindset that even though I didn’t believe in myself or love myself at certain moments, when I’m living as Mi-ok, I will love and trust her completely.”

Mi-ok is the most straightforward out of the three sisters. While her two elders try to mask their pain behind smiles, she broadcasts her feelings to everyone. She’s also a failing writer and an alcoholic, living with a husband who’s been divorced and a stepson.

To slip into Mi-ok’s role, the first thing that Jang did was bleach her hair blonde.

“I think, as a person who’s received countless makeovers, shaping the physical image of Mi-ok helped considerably,” she added.

Jang personally shopped for some of the clothes that Mi-ok wore, and being in the messy, dark room where Mi-ok did her writing helped too. 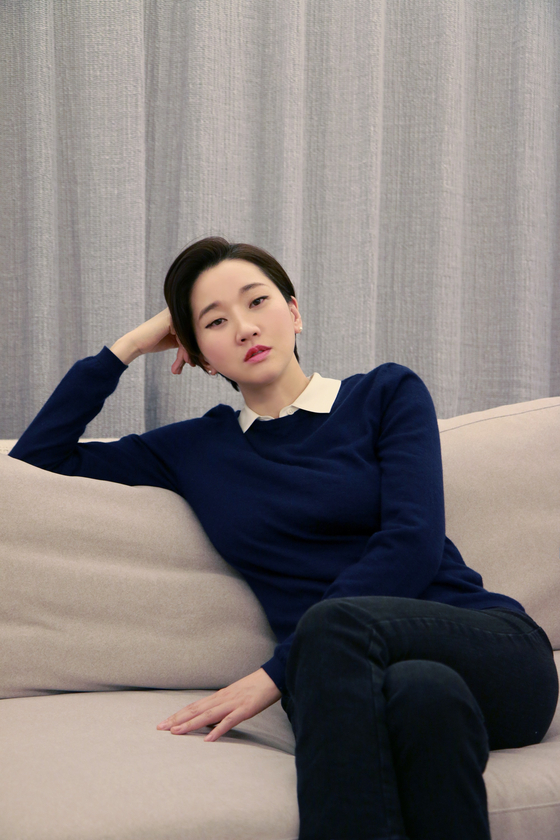 
“But bleaching my hair was only a start — it didn’t solve everything,” Jan said. “To really become Mi-ok, I decided that I needed to momentarily forget all of my career and image as a model. Then I could naturally slip into her. I think that was the biggest transition I had regarding my acting.

“I also relied heavily on Moon and Kim,” she continued. “They supported me from my left and right — I depended on Moon for emotional support, and Kim gave me specific pointers and directions about acting. And like Mi-ok, it was nice to be the baby of the group, because in my field [as a model], I was always the senior that junior models looked up to.”

When asked what her family meant to her, she said that she was someone who always need their support.

“The family that I created with [my husband and Lisa, my child] is my strength, buttress and my No. 1 priority,” she said. 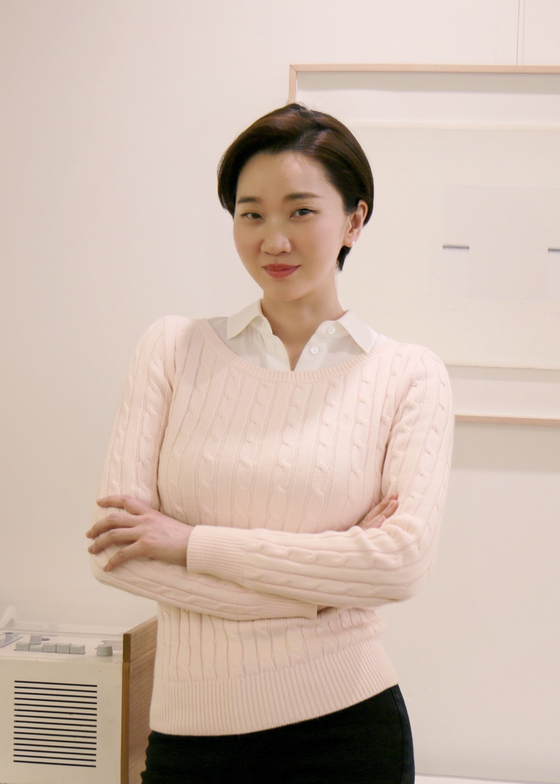 
However, like the sisters in the film, she said that she wasn’t really close to her sisters.

“We see each other in family gatherings, but we don’t really see each other personally,” Jang said. “We’ve never had one-on-one talks about sharing our pain, yet. And that really hurts. Our family also has long overdue apologies to each other — both big and small — but we are so different. Still, I hope I can get a chance to confront them before it’s too late.”

After the press screening on Monday, the actor singled out one scene that was memorable to her, which was when her husband hit her stepson, and she hit him in return and told him to “never lay a hand on him.”

“I think she was so scared, and she hated [violence],” she said. “When she was young she had to witness [domestic violence], and when it was repeated like a déjà vu, she unconsciously responded. That was a sad scene for me, and Moon and Kim also cried when they saw my acting then.”

Another scene was the ending scene, when the three sisters are seen walking together along the beach in a full shot, and them as children follow the adult version.

“That’s my favorite scene,” she said. “I think our childhood stays with us. And when that song sung by Lee So-ra came out as a soundtrack, I broke down.”

If she would continue her career as an actor remains unknown. The actor says that she’s still “learning,” but for now she hopes that the film resonates with the audience.

“It would be great if the audience could consider this as one of the best films that they’ve watched, like how director Lee Chang-dong’s “Secret Sunshine” [2007], “Poetry” [2010] and director Bong Joon-ho’s “Memories of Murder” [2003] are to me,” she said. “But most of all, I wish it could console them.”

Searching for a new thriller?