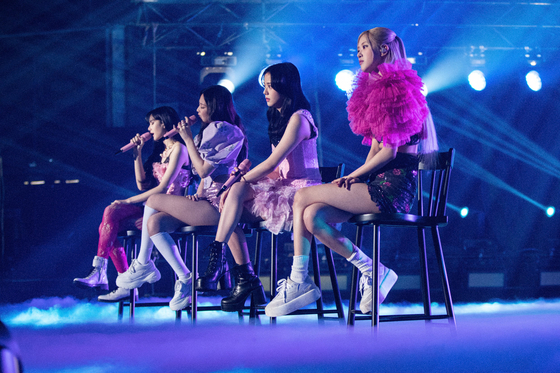 The playlist also consisted of non-title tracks from its most recent release “The Album," which had never been performed on stage before.

Group member Rosé revealed her track “Gone” and its music video prior to her impending solo debut.

Blackpink’s management agency YG Entertainment estimated that approximately 280,000 fans bought tickets for the livestream, which were priced at 36,000 won for regular access and 48,000 won for tickets that also offered additional content such as a look behind the scenes.

The audience of 280,000 was the largest ever to attend a K-Pop girl group’s livestream concert, another addition to the long list of records Blackpink holds since its debut in 2016.

The success of the livestream was also seen in Blackpink’s YouTube subscriber count, which increased by 2.7 million since the concert was announced. #Theshowtoday topped Twitter’s list of trending hashtags.

“Blackpink’s intricate stage sets and high-quality acoustics not only attracted a record-breaking audience, but also conveyed a message of hope during pandemic times,” YG Entertainment said.