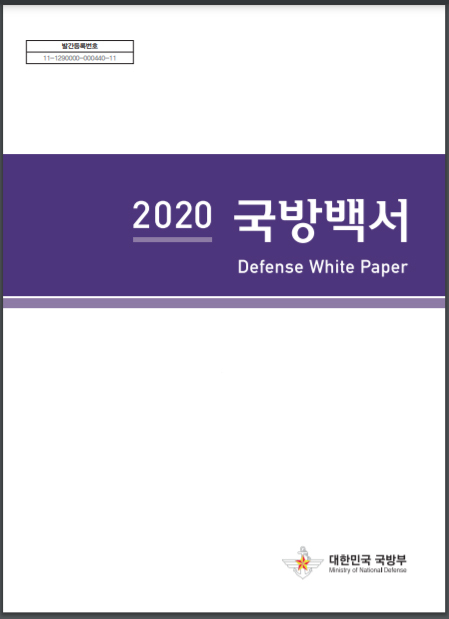 The assertions of the 2020 white paper, which was made public Tuesday, that bilateral relations between the two countries were debilitated due to Japanese provocations over the Dokdo islets and a 2018 incident involving a Japanese surveillance plane is "objective truth," the ministry said in Wednesday's press release.

"Going forward we will continue to respond firmly and seriously to Japan's distortions of history and unjust territorial claims to Dokdo, as well as their unilateral and arbitrary measures to ongoing issues," the ministry added, though it also noted the bilateral cooperation would continue on joint security matters.

Shortly after the biennial report was made public, Japan's Defense Ministry summoned Korea's military attaché to express regret over passages referring to Dokdo and the radar dispute.

This row over Seoul's white paper is just the latest wedge of many driving the two countries farther apart. The countries' relationship has plunged to possibly the lowest point in decades due to a combination of disputes over history and security.

Testifying to the soured ties, Korea's 2020 white paper referred to Japan as a "neighboring country" similar to China, an ostensible demotion from its reference to Tokyo as a strategic "partner" in its 2018 white paper.

Japan, too, has used its own official documents to highlight its discord with Korea.

In its own latest defense white paper published in July last year, Tokyo labeled the Dokdo islets, which it calls Takeshima, as one of its "inherent" territories. Japan has made such a claim in its annual white paper every year since 2005.

Seoul was also mentioned in the same report as fourth on a list of important security partners, coming after Australia, India and Asean, while the paper also suggested Korea was to blame for the two countries' diplomatic fray by announcing it would withdraw from a bilateral intelligence sharing agreement.

The rulings sparked intense backlash from Tokyo, which has warned it would take retaliatory measures should either of those court orders be enforced. In 2019, Japan implemented export restrictions impacting Korea's semiconductor and display industries, then removed Korea from its so-called white list of trusted trading partners as reprisals for Korea's forced labor rulings.

Heightened tensions between the neighbors have raised alarm in the United States, which maintains separate bilateral alliances with both countries and relies on their cooperation to balance out a growing threat from China in the region.

Pentagon Spokesman John Supple on Tuesday responded to the newest row over Seoul's white paper by stressing cooperation between the three countries was "vital" to addressing regional threats stemming from North Korea.

U.S. alliances with South Korea and Japan were the most important ties in the region, Supple said, adding Washington would seek every opportunity to expand trilateral cooperation.

Experts largely agree that the Biden administration will work to expand security cooperation among U.S. allies and partners in the Asia-Pacific region to counteract China's influence. U.S. National Security Adviser Jake Sullivan announced last week the new administration would continue to build on the Quadrilateral Dialogue, or Quad, in remarks suggesting the framework could develop into a multilateral alliance like NATO.

In pursuit of such a plan, Biden may very well follow in the footsteps of the Obama administration by forcing Seoul and Tokyo to reconcile their differences — and applying pressure, if the need arises.