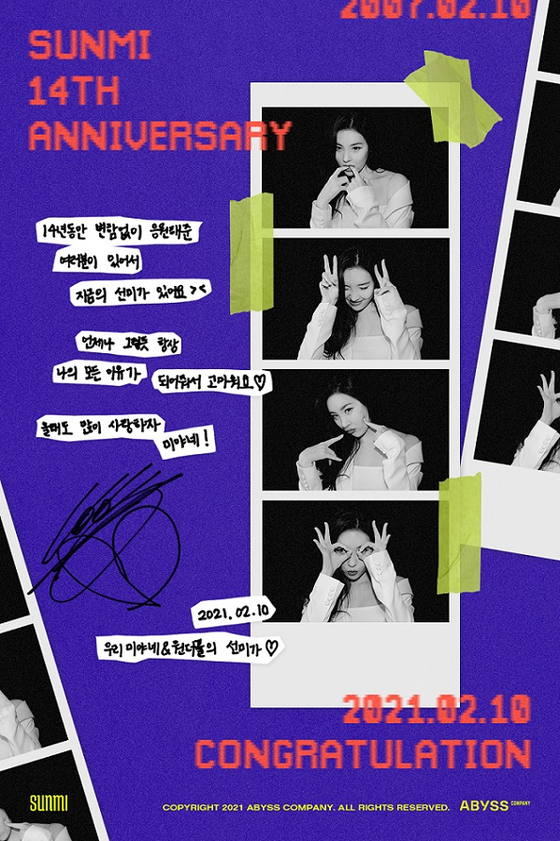 The poster to celebrate singer Sunmi's 14th anniversary since her debut. [ABYSS COMPANY]


Sunmi is making a comeback to the entertainment scene with a new single, her agency Abyss Company announced on Wednesday.

The agency released a teaser for the song, set to drop on Feb. 23 at 6 p.m., through its official social media channels.

It’s been eight months since her previous release of the single “pporappippam.”

The agency also posted a celebratory image to commemorate the singer’s 14th anniversary since her debut.

“Thanks to all of you who have cheered me on for the past 14 years, the version of Sunmi you see now is here,” she said in a handwritten letter, printed on the image.

"I'm always so thankful for my fans as they are the reason why I do what I do."