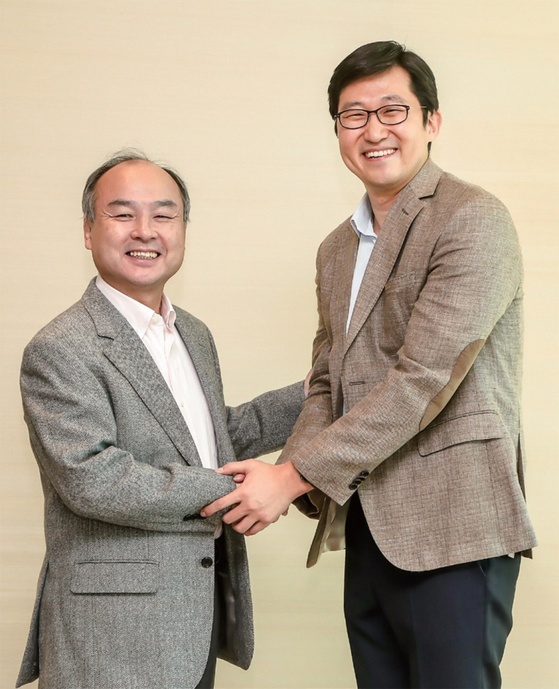 
It’s been little more than a decade since Coupang was established, but the e-commerce operator has been a market disrupter that has set new retail rules.


It played a major role in expanding mobile shopping and next-day delivery. It is currently branching out into lifestyle businesses, jumping into over-the-top, food delivery and logistics services.

SoftBank Group made the heavy investment possible with $3 billion of funding.

“Coupang will go public on Nasdaq within two years and become a global leader,” Kim said on the company’s first anniversary in August 2011.

A decade later, Coupang filed for initial public offering on the New York Stock Exchange last week, aiming for a valuation of around $50 billion in the IPO.


Coupang, founded in 2010, initially started off as a social commerce platform, where users could purchase tickets for theaters or travel. It became an e-commerce platform starting in 2014, directly purchasing products from third-parties and selling them to customers.

Coupang generated a buzz since mid-2010s with its Rocket Delivery, which delivers package to customer on the same day or the next day.

Major retailer Emart started offering same-day delivery since 2010. But Coupang is seen to have commercialized the quick delivery service through aggressive investment in distribution centers, unlike the existing retailers that had focused on offline stores and treated online business as an additional service.

Other than e-commerce, Coupang has also jumped into other businesses to create a world where people wonder, “How did I ever live without Coupang?”

Behind the aggressive management was Kim Bom-suk, who founded Coupang with 3 billion won ($2.7 million) in August 2010. 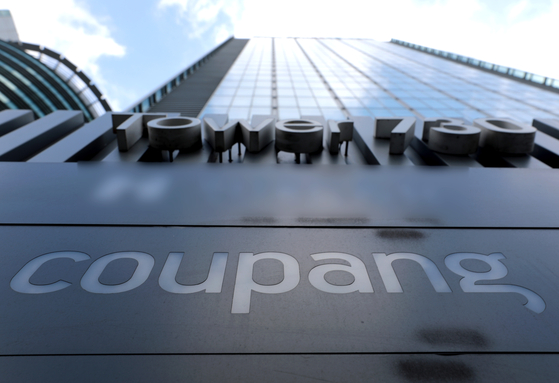 Up until several years ago, Coupang was expected to fail due to huge losses.

It lost $1.1 billion in 2018, $699 million in 2019 and $475 million last year, and accumulated deficit of more than $4 billion. In its IPO filing, Coupang said, “We may not be able to generate sufficient revenue to achieve or maintain profitability in future periods.”

Coupang’s years of losses were made possible through heavy investment from SoftBank, which poured $1 billion into Coupang in 2015, and SoftBank’s Vision Fund, which invested an additional $2 billion in 2018.

Coupang was able to attract heavy investment because of its plan to invest in logistics and the potential growth of e-commerce market in Korea, which has strong technological and mobile adoption.

“Coupang has invested heavily to build a logistics system – a core reason behind its losses,” said Sung Jong-hwan, an analyst from eBEST Investment & Securities. “Coupang would have been able to swung into profit years ago if it had decided to focus on profitability instead of growth, but it did not. That turned out to have been the right decision, as Covid-19 has raised demand for online shopping and diversity of goods shopped online.”

“Son is a visionary entrepreneur, as can be seen by his investment in Uber and DoorDash. Son is likely to have guided Coupang’s management direction,” Seo added, "Coupang seems to be a little highly overvalued in the United States. It wouldn't be valued more than 10 trillion won if it was listed in Korea."

Despite the rapid growth, Coupang still faces a number of unresolved problems.

In addition to its inability to make a profit, Coupang has been criticized for its mistreatment of employees.

Jang Deok-jun, a 27-year-old who worked at Coupang’s distribution center in Chilgok County, North Gyeongsang, was found dead in November last year. Coupang denied the death is related to work. But Korea Workers’ Compensation & Welfare Service, under the Ministry of Employment and Labor, acknowledged last week Jang’s death was work-related.

Coupang Eats was engulfed in a controversy when it recently cut the basic delivery fee for delivery riders from 3,100 won per delivery to 2,500 won.

“Unlike other food delivery firms, Coupang Eats only allows delivery drivers to deliver to one household at a time,” Rider Union, which represents delivery drivers, said in a statement earlier this month. “We can’t even earn a minimum wage if we receive 2,500 won per delivery.”

Coupang was also questioned early last year when it continued to operate a distribution center in Bucheon, Gyeonggi after finding some workers contracted Covid-19. It resulted in cluster infections in Korea. A group of workers have filed for a civil lawsuit, criticizing Coupang’s “irresponsiveness.” They are demanding compensation.

“Coupang has grown too rapidly as a start-up, and has made mistakes on the way as it is still in the stage of developing organizational culture.” Prof. Seo added, “But it should have a sense of ethics and become more socially responsible once it becomes a public company.”