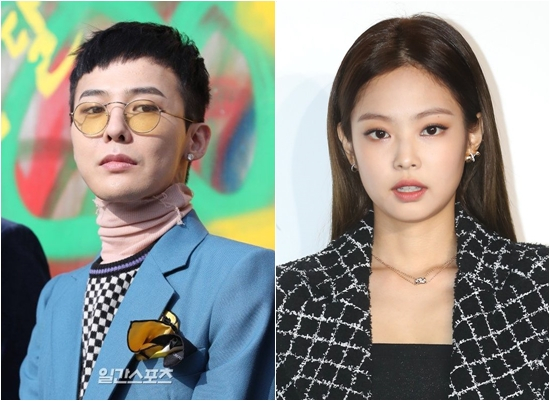 G-Dragon, left, and Jennie, may be dating. [ILGAN SPORTS]


Two of Korea’s biggest stars may be dating.

The website claimed they have been in a relationship for over a year.

YG Entertainment, which manages both stars, declined to comment on the report, saying that it “can’t confirm anything about our artists’ personal lives.”

According to Dispatch, Jennie’s daily schedule ended with visits to G-Dragon’s home. It also said that G-Dragon has a personal parking space and a private elevator to his penthouse, which Jennie would be able to use without having to verify her identity.

Dispatch reported that Jennie left G-Dragon’s home on the morning of Jan. 31, the day of Blackpink’s online concert, “The Show.”

The media outlet quoted a source close to the two stars, who said that many people at YG Entertainment already are aware that the two are in a relationship.