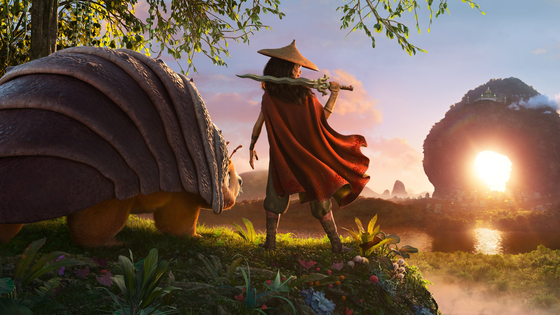 In the mythical land of Kumandra, there was once a time when humans and dragons peacefully co-existed together. But when the Druun, the evil monsters made up of black and purple clouds that turn any living thing into stone arrive, the dragons sacrifice themselves to save the humans.
With the dragons gone, people of Kumandra start to turn on each other and the united land of dragon is separated into five parts: Heart, Fang, Talon, Tail and Spine. Five hundred years later when the Druun appear again, warrior Raya from Heart starts to wander the kingdom in search of the last dragon who could save them all.
But Raya finds out it’s going to take a lot more than finding a mythical dragon to restore peace and reunite the kingdom once more.
Actors Kelly Marie Tran, Awkwafina, Gemma Chan, Daniel Dae Kim, Sandra Oh and more voice the characters in Disney's 59th animated film. 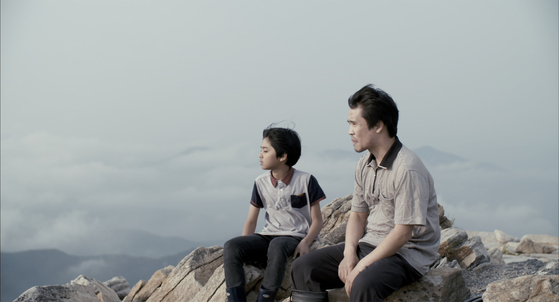 Hee-tae is quietly preparing for his last trip up the mountains, when before him appears his son Min-sang whom he’s never met before, and a letter from his ex-wife.
They have three days to spend time together, and although at first it’s awkward, Hee-tae bonds with his son as they walk the same paths that Hee-tae used to walk alone and share the meals he used to eat alone.
Hee-tae’s nights, which have always been dark suddenly become breathtakingly beautiful.
Actors Song Jae-ryong and Ji Dae-han portray Hee-tae and Min-sang. 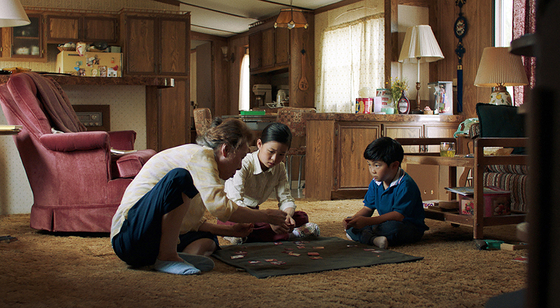 
Recipient of the best foreign language film in this year's Golden Globes, "Minari" is the story of a Korean immigrant family that is loosely based on director Lee Isaac Chung’s own childhood.
After spending 10 years working in a hatchery in California, Jacob and his family move to Arkansas in hopes of starting his own farm, while his wife Monica works at a nearby hatchery to temporarily make the ends meet.
To take care of their young children Anne and David, Monica’s mother Soon-ja arrives from Korea with rarities such as gochugaru [Korean chili powder], anchovies, herbal medicines, and minari [water parsley] seeds.
Anne and David, who expected their grandmother to bake cookies for them, find Soon-ja strange, while the relationship between Monica and Jacob becomes strained as Jacob struggles to earn a living from the farm.
Despite hardships, just as minari seeds that can grow almost anywhere, the family manages to hold on, and stay together.
Actors Steven Yeun, Han Ye-ri, Youn Yuh-jung, Alan Kim and Noel Kate Cho portray the Yi family.