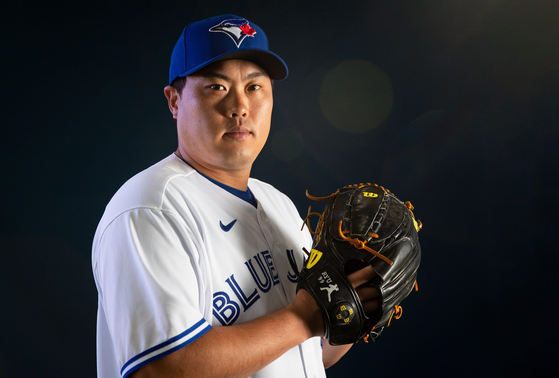 On Thursday, Rob Longley, a journalist at Toronto Sun who writes about the Blue Jays, tweeted that Ryu will start the exhibition game against the Baltimore Orioles at TD Ball Park in Dunedin, Florida, on Friday, or 3 a.m. Saturday in Korea. The Baltimore starter will be Matt Harvey.

Ryu is preparing for his second year with the Toronto Blue Jays, having transferred to the major league's only Canadian club for $80 million at the end of the 2019 season after seven years with the Los Angeles Dodgers.

Although the 2020 season was heavily disrupted by the Covid-19 pandemic, Ryu successfully played his role as the team's new ace, ending the shortened 60-game season with a 2.69 ERA with five wins and two losses across 12 starts.

Ryu was also nominated among the final candidates for the American League Cy Young Award, his second consecutive year with a Cy Young nod.

Meanwhile, the Blue Jays have been impressed with what they have seen from Ryu so far, who has firmly established himself as the team’s ace.

After watching Ryu's live pitching on Feb. 25, Blue Jays manager Charlie Montoyo said, "He has a plan. He knows what he needs to do to get ready, and he’s very focused with that plan,” regarding Ryu’s pitching schedule in the exhibition game.

To that extent, Ryu shoulders a heavy responsibility.

However, questions still remain regarding the unstable the starting lineup, as there is no reliable starting pitcher other than the southpaw.

With both anticipation and concern, Ryu will soon take his first step of the season.