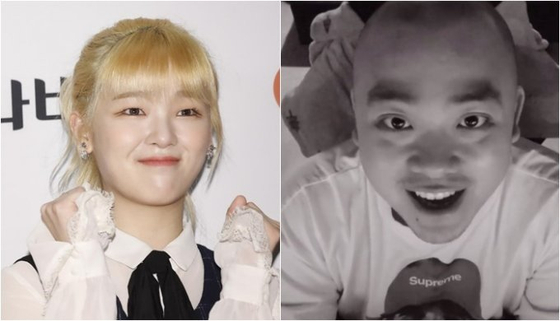 
Seunghee from the girl group Oh My Girl has taken legal action against producer and composer Tank, her agency WM Entertainment said in a statement Monday.

Tank, whose real name is Ahn Jin-woong, released a track titled “Suni” on his YouTube channel on Monday explicitly describing a girl group member exchanging dirty jokes with him and revealing the name of one of her ex-boyfriends who is also a K-pop idol. Although he did not reveal her name in the lyrics, the content and the cover image of the song appear to clearly reference Seunghee.


“Seunghee and composer Tank have known each other since they attended Korea Art School together,” her agency explained in the statement posted on the group’s fan community. “We clearly state that Seunghee is a victim of harassment by Tank.”


The agency claimed that Ahn has been pressuring Seunghee to go out with him for months, even threatening his own life, and Seunghee has been suffering from extreme anxiety due to the situation since last December. It said that Ahn released a song targeting her on Monday after she began to ignore his calls and messages.

“We are planning to respond to the matter seriously without any favorable settlements,” it said.