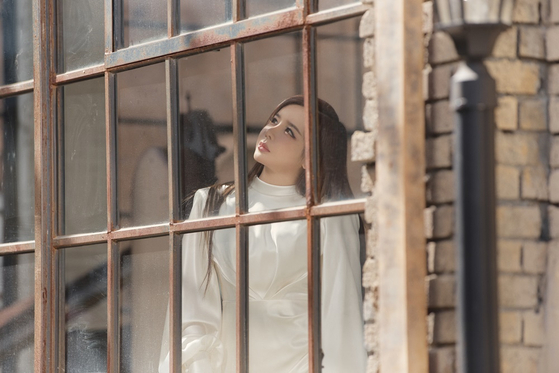 While she hasn't released any solo music of late, Park Bom has been collaborating with other artists over the past couple of years, working with her former bandmate Sandara Park to release "First Snow" (2019) and Burmese singer Sai Sai Kham Leng to release "Red Light" (2020).

The singer gave a behind the scenes look at a recording session of her new track in an episode of tvN's ongoing entertainment show "On & Off."

"Park Bom has put in a lot of effort to give fans good music and repay all their patience for her new music," her agency said.

"We ask for your love and attention for 'Do Re Mi Fa Sol.'"

Park Bom debuted in 2009 as a part of YG Entertainment's four-member girl group 2NE1, which disbanded in 2016.