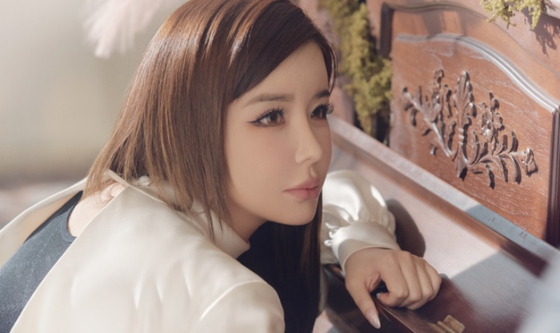 Singer Park Bom collaborated with rapper Changmo in her new EP “Do Re Mi Fa Sol” to be released on March 31, according to her agency D Nation Entertainment Monday.

The particular song was produced, composed and written with producer Kush, who has previously worked with 2NE1, the now-disbanded girl group Park had been a part of.

The song describes how easy yet difficult love is.

Since his debut in 2014 with “Gangster,” Changmo has made his mark in the hip hop scene with more of his songs becoming popular. “Maestro” and “Meteor” are a few other hit songs he released. The rapper has been featured in many other singer’s works before he and Park's collaboration.

The song will be released through major music websites on March 31 at 6 p.m.

[CELEB] Park Bom is ready to bloom with new single