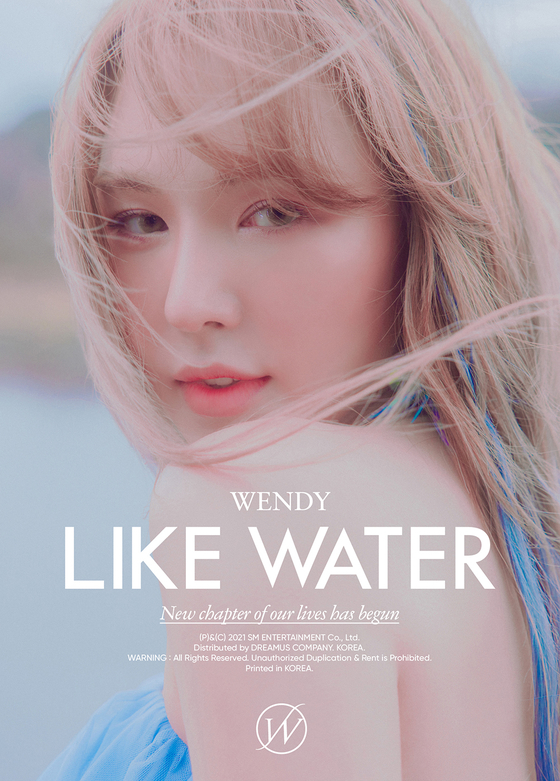 Her debut EP “Like Water” will drop on April 5, SM Entertainment announced Wednesday.

“Like Water” is comprised of five songs, the agency said, all attempting to capture “a genuine message and warm sentiment.”

As the main vocalist of the girl group, Wendy has previously collaborated with various artists to create soundtracks for drama series including “The Beauty Inside” and “Start-Up.”

SM Entertainment said it will begin receiving pre-orders for the EP from today.