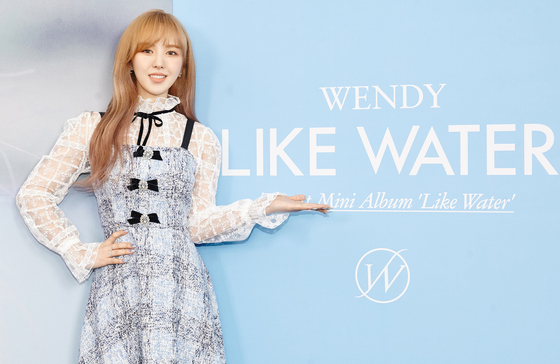 Red Velvet's Wendy poses during an online press conference ahead of the release of her debut solo album on Monday. [SM ENTERTAINMENT]


Red Velvet’s Wendy poses for a photo during an online press conference ahead of the release of her debut solo album "Like Water” on Monday. The title song of the album is an acoustic pop ballad that tells the story of how certain people are destined to follow each other, just like small drops gather together and make the sea. Wendy said releasing a solo album required a lot of responsibility and that she worked hard to show her emotions. "Like Water" drops at 6 p.m. Monday.
BY LEE SUN-MIN   [summerlee@joongang.co.kr]