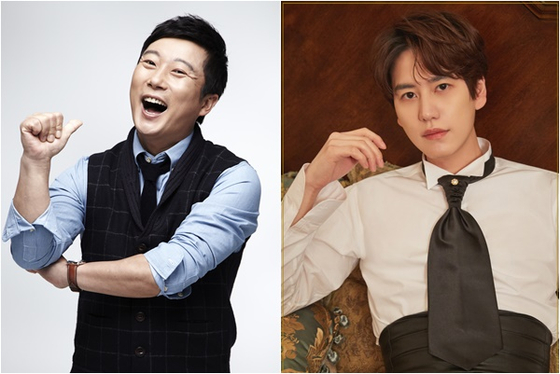 The cable channel announced late Tuesday evening that the variety program is a spin-off from the channel's "Sing Again" audition-competition show, which recently ended.

"Sing Again" featured performers with at least one song or album released. Contestants competed for a chance to return to the spotlight. Lee Seung-yoon, Lee Mu-jin and Jeong Hong-il, the top three, will be featured on the new program, where they will meet with legendary Korean singers to talk about music, cover their songs and collaborate with them on stage.

JTBC said it cast Kyuhyun and Lee to host the show as both are familiar to the three singers, who are newbies to variety shows. It says the hosts can "ease the tension of being on air for the three singers and lead a fun show."

Kyuhyun was one of the judges on "Sing Again," and Lee previously met with the three finalists when they appeared on "Ask Us Anything."

Singer and songwriter IU has been named as the show's first guest and will be featured as a "famous singer."