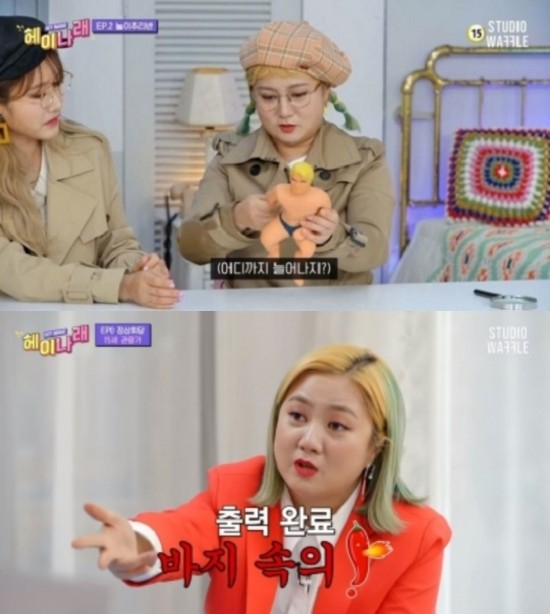 
Comedian Park Na-rae's agency JDB Entertainment on Thursday apologized for her actions on a recent episode of "Hey Narae," while the production staff announced the show would be canceled.

“Hey Narae” was an original series by YouTube channel Studio Waffle of CJ ENM featuring Park and YouTuber Hey Jini. Park came under fire after Tuesday's episode which showed her putting a child's action figure into sexual positions and making inappropriate jokes. After the backlash, production staff released an apology and deleted the episode on Wednesday.


“[Park] should have filtered the content after she heard about the intent [of the episode] and the props, and she should have more prudent about her expressions. We deeply regret that she was not,” JDB Entertainment said in an official statement on Thursday. “We are aware that we’ve made viewers feel uncomfortable and again, we apologize [for causing any inconvenience].”

The agency said that Park would no longer appear on the show. Studio Waffle later announced the show will be canceled and all the episodes have been deleted.

"Although 'Hey Narae' was created for enjoyment, it included overly sexual scenes and subtitles which [staff] didn't think would offend viewers during the editing process," Studio Waffle said. "We're truly sorry to all of our subscribers and viewers and also apologize to our two hosts who put their trust in us."