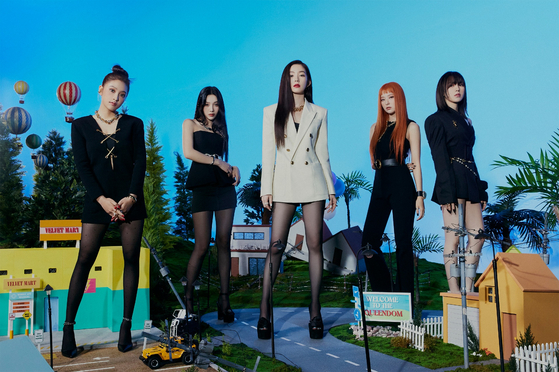 
Girl group Red Velvet topped the iTunes Top Albums charts in 50 nations with “Queendom,” its first music in 20 months, according to SM Entertainment on Tuesday.

Red Velvet’s EP “Queendom” dropped on Monday and topped the iTunes Top Albums charts in regions including the United States, Canada, the Netherlands and Norway. It also reached No. 1 on China's digital album sales charts QQ Music and Kugou Music.

The title track “Queendom” is also ranking high on domestic music charts, reaching No. 5 on Melon’s Top 100 chart and No. 1 on Genie Music’s real-time chart as of Tuesday morning.