The list of nominations announced by the Academy of Motion Picture Arts and Sciences for the upcoming Oscars featured many firsts.

Although the Academy has been making efforts to diversify since facing backlash after the the 2016 event when none of the nominees in the top four acting categories were people of color, the proportion of Asian nominees over the years has remained small and number of winners even smaller.

This year, nine out of 20 nominees for the top four acting categories are people of color, while 70 female filmmakers, actors and production staff have been nominated for awards, the most ever in history of the event.

The following is a run down of the Asian and Asian-American actors and directors who've had their names written in the history books of the oldest film awards ceremony. 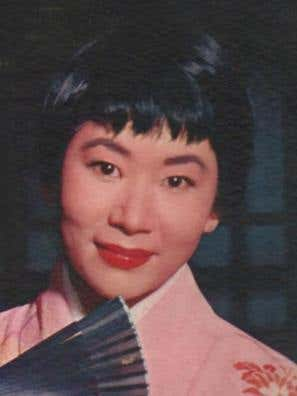 Miyoshi was the first Asian actor to break through the “bamboo ceiling,” a phrase coined by leadership strategist Jane Hyun to describe Asian Americans’ difficulties reaching senior executive roles in the cooperate world. She won an Academy Award for her performance in American drama film “Sayonara” (1957). Set in Kobe, Japan, the film is centered on romances arising between American pilots in the United States Air Force and Japanese women in post-war Japan. Through the tales of several couples, the film discusses racism and social prejudices springing from interracial relationships during the time. Miyoshi’s role, however, adheres to the stereotypical Japanese women of the time — her character is definitely lovable, sweet, but a nonetheless obliging, silent spouse. In total, she appears for about 15 minutes in the entire film.

Originally working as a nighttime club singer in Japan, Umeki was spotted by a talent scout that led her to move to New York in 1955. Her first breakthrough came through “Sayonara” and she went on to receive a Tony nomination in 1959 for best actress for her role in the Broadway musical “Flower Drum Song.” She reprised the role two years later for the film adaptation. She also earned Golden Globe nominations for best actress for both the film adaptation and for television series “The Courtship of Eddie’s Father” (1970). 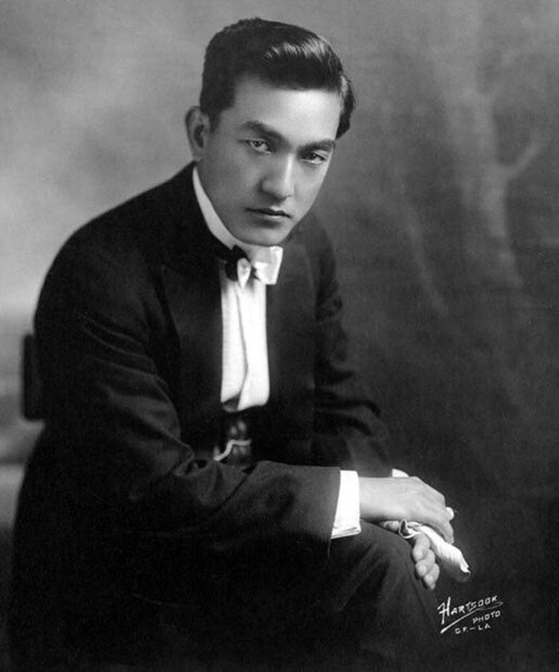 Hayakawa was the first Asian to be nominated for best supporting actor for his role as Colonel Saito in the 1957 war film ‘The Bridge on the River Kwai,” based on the construction of the Burma Railway in 1942 to 1943.

He played a charismatic villain who forces British prisoners of war to work on the railway construction sites. He is known to be one of the first Asian male sex symbols in Hollywood and considered to be the first actor of Asian descent to achieve stardom across the United States and Europe in the times when racial discrimination was prevalent.

"The Bridge on the River Kwai" was nominated for a total of eight Oscars in 1958 including best picture and best actor for British actor Alec Guinness and won a total of seven awards. Only Hayakawa failed to garner a trophy.

The actor starred in more than 80 Japanese and English language films over his career despite racial barriers and anti-Japanese sentiment from World War II. He is best known for his breakthrough film “The Cheat” (1915) as well as “The Bridge on the River Kwai” and “Swiss Family Robinson” (1960). 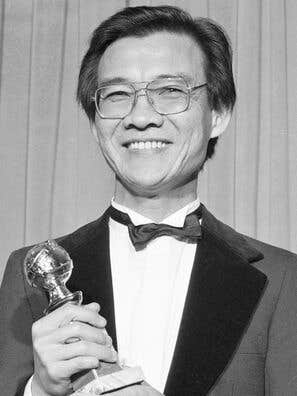 Ngor is the first and only Asian to win best supporting actor at the Oscars for his role as Dith Pran in the biographical film “The Killing Fields” (1984). Dith Pran was a Cambodian photojournalist, a refugee and a survivor of the Cambodian genocide during the Khmer Rouge regime.

The film, commercially successful and praised by critics, earned three Oscars out of seven nominations. Ngor’s victory was the talk of the town as he was not only the first Asian to achieve this feat but because he had no prior experience in acting before taking on the role. His exceptional performance has been credited to the fact that he himself was a survivor of the Khmer Rouge regime. He worked as a surgeon and a gynecologist before turning to acting. He consistently took roles in films before his untimely death in 1996 when he was shot dead during a robbery in Los Angeles. 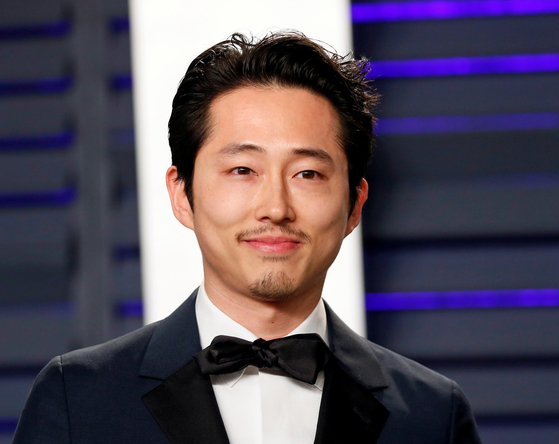 Yeun's nomination for best actor at the upcoming Oscars for his performance as a father attempting to achieve his own American dream in “Minari,” marks the first time an East Asian and Asian-American actor has been recognized in the category.

Yeun, whose Korean name is Yeon Sang-yeop, is a second-generation immigrant himself. His family immigrated first to Canada when he was four years old and then moved to the U.S.

He shot to stardom for his role as Glenn Rhee on American television series “The Walking Dead,” about a group of survivors making their way through a zombie-riddled world. He starred in seven seasons from 2010 to 2016.

For his acclaimed performance in “Minari,” Yeun told the local press that he “didn’t necessarily model [the role] after my father” although he had thought about him a lot.

“I realized in some way that I am my father,” Yeun said during a press event in February. “I didn’t need to contort myself to fit this mold of ajeossi (middle-aged man) of that generation but rather just play the individual nature of Jacob.” 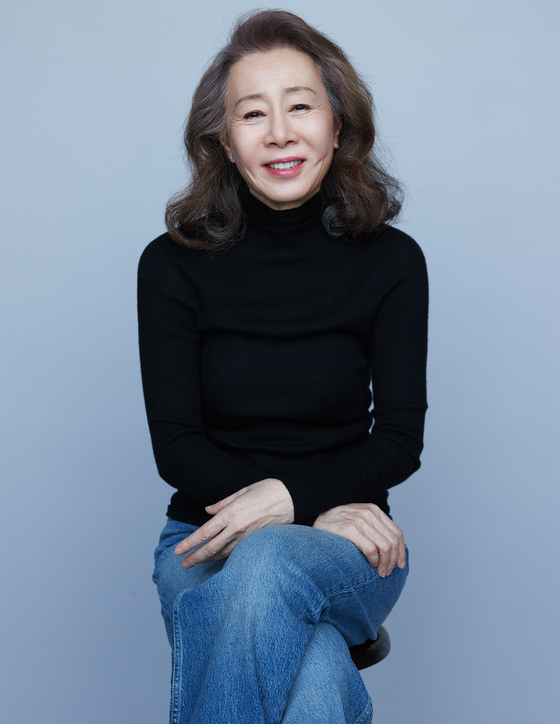 Youn became the first Korean actor to be nominated for best supporting actress at the this year's Oscars and the first Korean to receive a Screen Actors Guild Award for her role as the humorous grandmother Soon-ja who is the glue that holds her family together in “Minari.” Youn told Korean press that she gives credit to director Lee Isaac Chung for giving her complete creative freedom in expressing Soon-ja.

For “Minari” alone, the 73-year-old has garnered over 30 accolades and global film critics and press are betting she'll take the Oscar victory. Youn is clearly in her heyday but the perception of her performance in "Minari" has contrasted greatly between local and foreign audiences. Korean audiences, used to seeing Youn in more polarizing roles did not warm up to the character of Soon-ja in the same way that foreign audiences have. 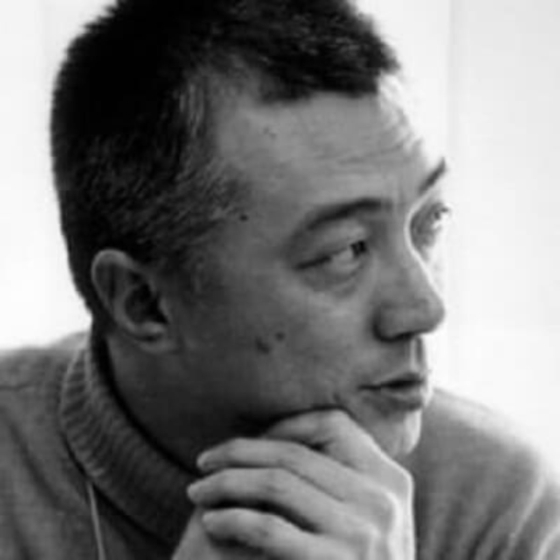 Teshigahara was the first Asian filmmaker to be nominated for best director for his film ‘Woman in the Dunes” (1964) in 1965 which is considered to be his most recognized work. The film won the Special Jury Prize at Cannes Film Festival in 1964 and in the same year, was nominated for best foreign language film at the Oscars. Neither of the nominations garnered wins.

“Woman in the Dunes” tells the tale of an amateur entomologist and schoolteacher Niki Junpei who gets lost in sand dunes during an expedition. Villagers living on the dunes persuade him to spend a night and he ends up becoming a companion to a widow.

The director’s versatility in other areas of art such as calligraphy, pottery, painting and opera have led him to host solo exhibitions of his works. 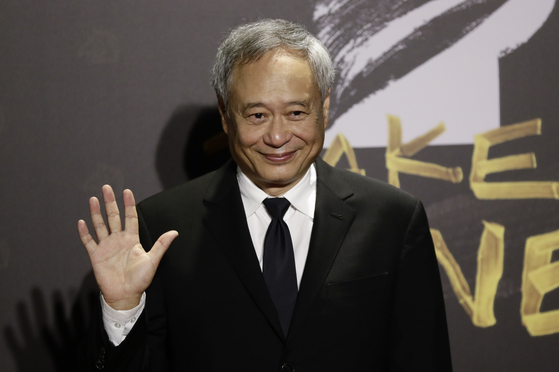 The Taiwanese director was the first Asian to win best director at the Oscars for his homosexual romance film “Brokeback Mountain” (2005) in 2006. The film also won best adapted screenplay and original score, and although they didn't take home any awards, it was the first time the two leads Heath Ledger and Jake Gyllenhaal received Oscar nods for their performances in the categories of best actor and best supporting actor.

Lee's 2000 film “Crouching Tiger, Hidden Dragon” received 10 nods at the Oscars in 2001 and won four awards including for best foreign language film. His second Oscar for best director was for his 2012 film “Life of Pi.”

Although he has now established his legacy, the director struggled during the first six years he worked in the industry before making his directorial debut with feature film “Pushing Hands” (1991).

In his essay “A Never-ending Dream” which he wrote after the success of “Brokeback Mountain,” Lee credited his achievements to his wife’s “invaluable support,” who was the breadwinner of the family as the director pursued his filmmaking dreams. In the essay, Lee said his wife always encouraged his dreams, even during the difficult times when he began to doubt his abilities. 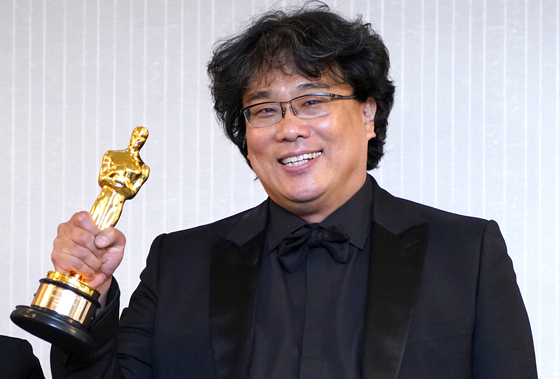 Bong Joon-ho became the first Asian and first Korean filmmaker to win best picture at the Oscars and the Palme d’Or at the Cannes Film Festival with his genre-bending “Parasite,” a story about two families on the opposite ends of the social hierarchy ladder.

Although it was not the first of Bong's films that saw success, “Parasite” grossed over $258 million at the global box office and was universally acclaimed by press, critics and audiences around the world. Some of the films' other significant victories include becoming the first Korean film to win the Golden Globe for best foreign language film in 2020 and becoming the first international film to win the Screen Actors Guild Award for Outstanding Performance by a Cast in a Motion Picture.

Bong was named on TIME magazine’s 2020 list of the world’s 100 most influential people and became the first Korean president of the International Jury of the Competition at the Venice Film Festival last year. 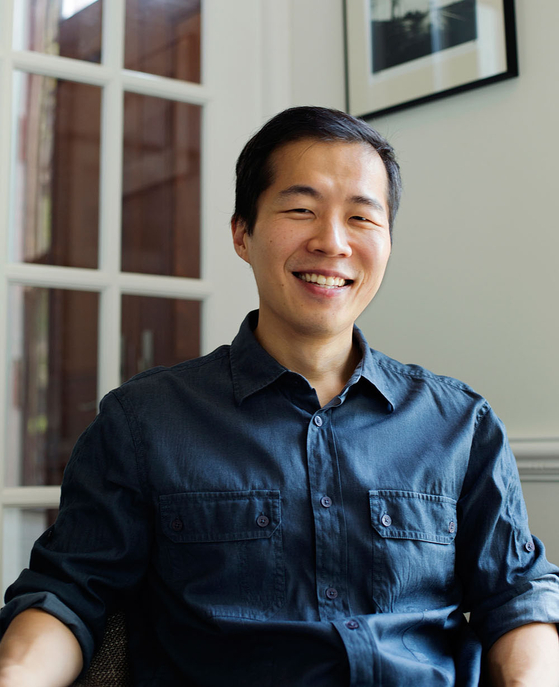 Chung’s semi-biographical film “Minari” premiered at the Sundance International Film Festival in 2020 and won the Grand Jury Prize and the Audience Award. Since then the film has won more than 100 awards from global film associations and film critics, including best foreign language film at the Golden Globes this year. It was nominated for six Oscars including best picture, best director and best original screenplay this year.

Chung made his debut as a filmmaker with the 2007 feature film “Munyurangabo,” the tale of a budding friendship between two boys after the Rwandan genocide which premiered at the Cannes Film Festival in 2007. After making three more films, Chung was considering retiring from filmmaking and accepting a teaching job at the University of Utah’s Asia Campus in Incheon, Korea. It was there he wrote a draft of the script for “Minari,” after being inspired by women gathering shellfish along the coastline. The director discovered that his maternal grandmother had done the same job to make a living after she was widowed during the Korean War (1950-53) and she became the sole breadwinner of her family.

Although the director gave creative control to veteran actor Youn Yuh-jung for her role as Soon-ja, Chung says the wardrobe and the characters gambling originated from his own grandmother. 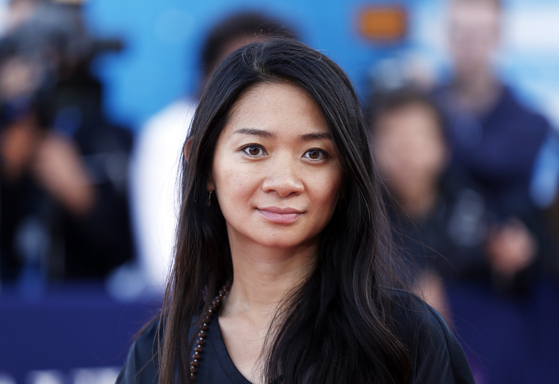 The global success of the Chinese filmmaker Chloé Zhao’s “Nomadland” (2020) is a significant feat for an Asian female filmmaker.

In the 93-year history of Oscars, it is also the first time that two female filmmakers — Zhao and Emerald Fennell for “Promising Young Woman”— are nominated for best director.

She was the second female filmmaker to receive the Golden Lion at this year’s Venice Film Festival and the first Asian female to win best motion picture in the drama category and best director at this year’s Golden Globes.

“Nomadland” is Zhao’s third feature film which has earned over 200 accolades worldwide since its premiere in Venice last year.