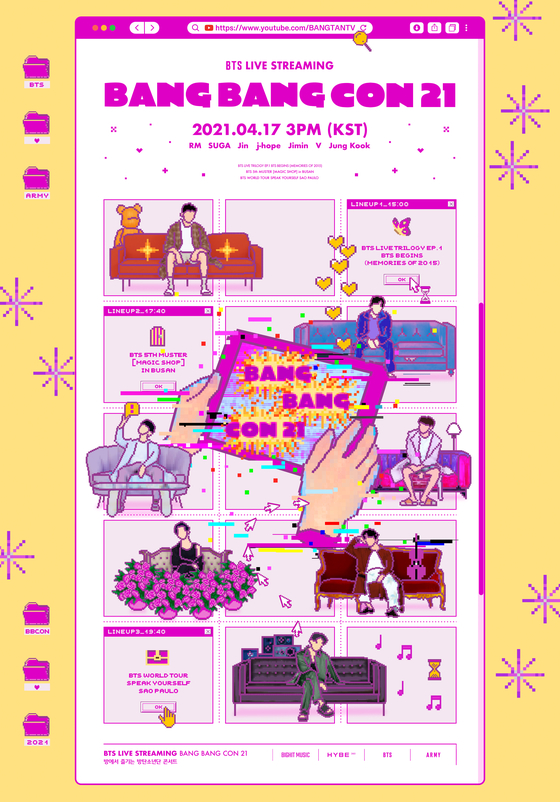 The livestream, which fans can enjoy through their computers or smartphones, is set for 3 p.m. on April 17 and will be aired through the band’s official YouTube channel BangtanTV, according to its official social media channels on Monday.

It will feature previous performances as well as footage from fan meet and greets around the world.

The show will begin with “2015 BTS Live Trilogy: Episode I. BTS Begins,” which was held in Seoul and then show footage from the band's fan meet in Busan in 2019. Scenes from the band’s Brazil concert “BTS World Tour ‘Love Yourself: Speak Yourself’” will also be shown.