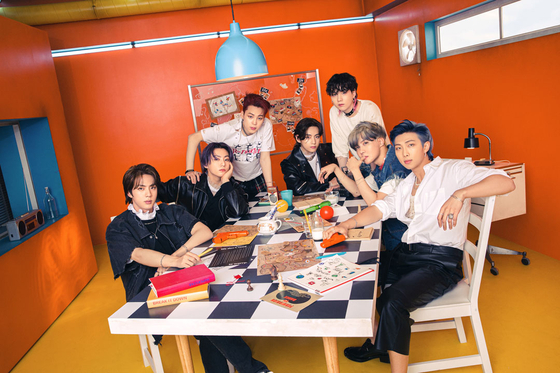 The boy band won Group of the Year, Best K-pop and Song of Summer at the award ceremony held at the Barclays Center in New York on Sunday. While BTS didn't attend the even, the members did share a pre-recorded thank you video.

It is the third year BTS has won the Group of the Year and Best K-pop awards.

Olivia Rodrigo, Lil Nas X and BTS won the most awards, three each, this year.

The band was also nominated in four other categories including Song of the Year, Best Pop, Best Choreography and Best Editing.