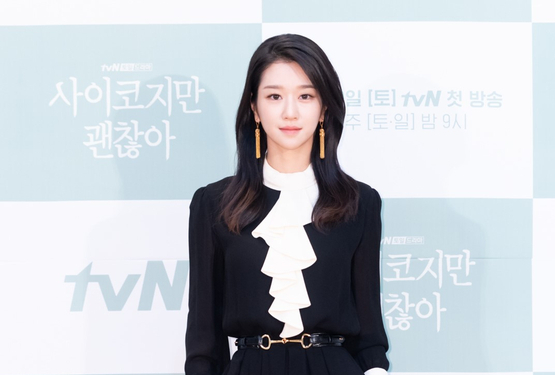 
Actor Seo Yea-ji will be replaced in the upcoming drama series “Island,” amid allegations that she was abusive in her previous relationship with actor Kim Jung-hyun.

Since the claims about her controlling and manipulative behavior broke on Monday, netizens have started posting accusations that Seo bullied them while they were working for her, or while they were in school. The production team behind “Island” said it had no choice but to switch the lead female role that Seo had been cast for.

The team added that it is currently editing the script and preparing to cast a replacement.

“We were supposed to begin shooting in June but because of the script modification, it’s been delayed to late July or August at the latest,” the team said in a statement.

Seo’s agency Gold Medalist released a statement late Tuesday evening and said that “all the bullying allegations are false, but it is true that Seo was in a relationship with Kim.”

However, the agency said that Seo and Kim’s private conversations that were disclosed Monday are very misleading and were "merely jealous quarrels about shooting scenes." The agency also added that Seo told Kim not to shoot romantic scenes because Kim had previously told Seo not to partake in any kissing scenes.

The agency said such arguments between people in the entertainment industry who are in relationships are common, however, “most actors separate their careers and love life and make sure such quarrels do not affect their work."

It added that it is hard to believe that an actor would sabotage his career for a request by his then girlfriend, adding it believes “Kim had personal circumstances that made him act that way.”

On Monday, entertainment news outlet Dispatch reported that while Kim was starring in the 2018 MBC series “Time,” his then-girlfriend Seo demanded that he “change the script” to “not include any intimate physical scenes” and “act cold” toward all female co-stars and staff.

In “Time,” Kim refused to be act romantic toward his co-star Seohyun of Girls’ Generation, even in the wedding scene where the groom walks down the aisle, in which he refused to hold her hand. Kim eventually stepped down from the role a month into the drama, citing sleep and eating disorders. Kim also refused to hold Seohyun's hand — a friendly pose often requested by photojournalists — during a press conference for the series.

Kim released a statement on Wednesday and apologized for his behavior in “Time.”

“It is my fault for stepping down in the middle of shooting a drama and my behavior during the press conference. Even for me, the actions are unacceptable,” Kim wrote. “I failed to show responsibility as an actor playing a lead role. I also want to apologize to Seohyun and my agency ON Entertainment.”

Kim is reported to be at odds with his current agency ON Entertainment for trying to move to CultureDepot, which represents actor Seo Ji-hye, reported to be Kim’s current girlfriend.

The two stars however are denying the claims.