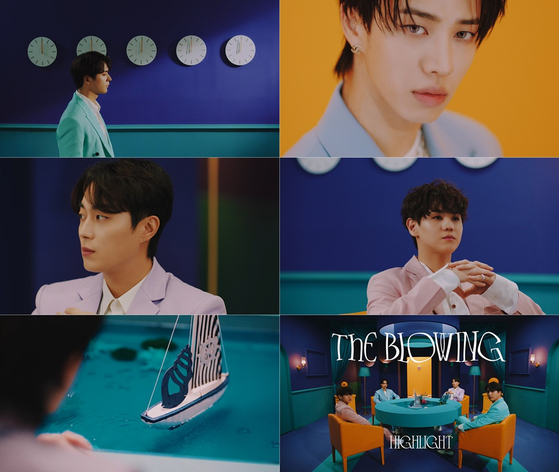 Images from the trailer video boy band Highlight unveiled on Monday ahead of its upcoming EP set to be released on May 3. [AROUND US ENTERTAINMENT]


Boy band Highlight has released a trailer video Monday for its new EP “The Blowing,” set to be released on May 3.

The video features members of the group dressed in suits, appearing one by one and then sitting at a round table. At the end of the trailer, member Lee Gi-kwang blows a model boat that is in the center of the table.

It’s been three years and seven months since the band has released music together.