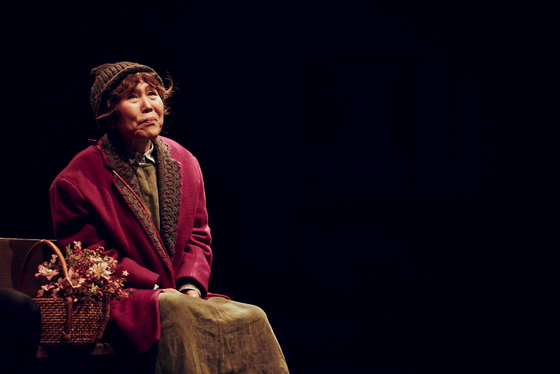 Park, who turns 79 this year, bids farewell to her signature character 79-year-old Maude in ″Harold and Maude,″ which kicks off at KT&G Sangsangmadang Daechi Art Hall on May 1. [SEENSEE COMPANY]


Veteran stage actor Park Jung-ja said she always wanted to age like 79-year-old Maude in America’s dark comedy-drama film “Harold and Maude” (1971). When playing Maude for the first time in 2003 at age 61, Park fell in love with the character who is “free from her soul, not bound anywhere and has the courage to decide what’s best for her life.”

Maude has since become Park’s signature role, though Kim Hye-ja played the character in the play’s Korean premiere in 1987. Excluding the first Korean run, Park has played Maude in every local production of “Harold and Maude” — five plays and one musical.

“When I turned 79, I wanted to play Maude, who has been my role model, and really understand what it’s like to be her at her age and say farewell to the character,” said Park, who turns 79 this year.

In the upcoming production of “Harold and Maude,” which is slated to kick off at the KT&G’s Sangsangmadang Daechi Art Hall from May 1 to 23, Park bids farewell to the role.

“Regardless of the role, I wanted to be an active actor until I am 80 years old and it seems like this earnest desire to play Maude at age 79 kept me going until today,” said Park. “Finally my dream came true and I will be able to be absolutely true to the character.”

Based on Collin Higgins’ screenplay which was published as a novel in 1971 and as a film directed by Hal Ashby in the same year, the story revolves around the exploits of a young man in his early 20s named Harold who constantly tries to take his own life. He slowly develops a strong friendship, which eventually turns into a romantic relationship with a 79-year-old woman named Maude, a Nazi concentration camp survivor who teaches Harold that life is the most precious gift.

Although no one is making her leave the role, Park said she made the decision to “have a beautiful ending, like Maude.”

“Back then [when I made the decision], I thought age 79 was very far away but here I am now and as I promised, this will be the last Maude you see from me,” said Park. “I don’t think I’m as mature as I would have liked to be at 79, but I will do my best to express Maude on stage as a real 79-year-old woman.” 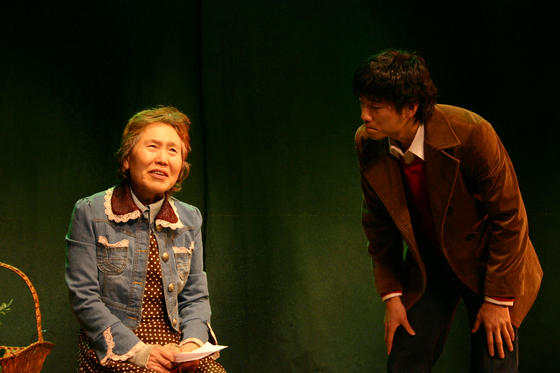 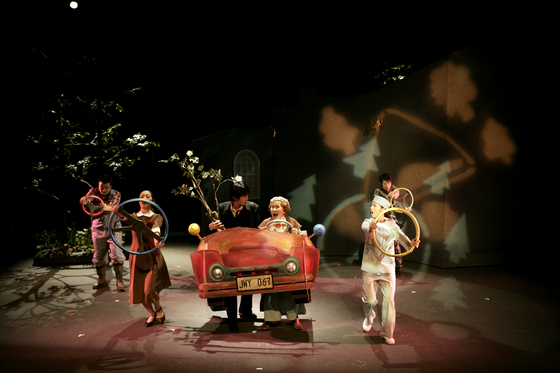 Park playing Maude in the musical version of ″Harold and Maude″ in 2008. [SEENSEE COMPANY]


“Maude is so pure,” said Park. “She’s not polluted at such an age if you know what I mean and she owns nothing. She decides to take her own life on her 79th birthday. Making a choice in life is a huge challenge for me and I admire her courage [...] I hope audiences can be empowered by Maude and the Maude I play.”

The upcoming production of “Harold and Maude” is produced by Park Myung-sung of Seensee Company and is directed by actor and director Yoon Suk-hwa.

“When we performed the musical version of ‘Harold and Maude’ in 2008, we decided to stage the work as a play again when actor Park turns 79 and she strongly insisted that actor Yoon, who was one of the producers of the musical, should direct it,” said producer Park. “Although Yoon shows a humble side of her as a director, I have strong faith in her as a veteran actor who has spent nearly all her life in the theater industry."

Producer Park also added that because Yoon and Park Jung-ja are close friends, he believes that Yoon as a director can also "bring out the true side of Park Jung-ja that not many people know.”

Yoon agreed with producer Park’s comment that “although Park Jung-ja said earlier that she’s not as mature as Maude, I can see a big resemblance. They are both so goofy and I’m trying to bring that out a lot in the upcoming production.” 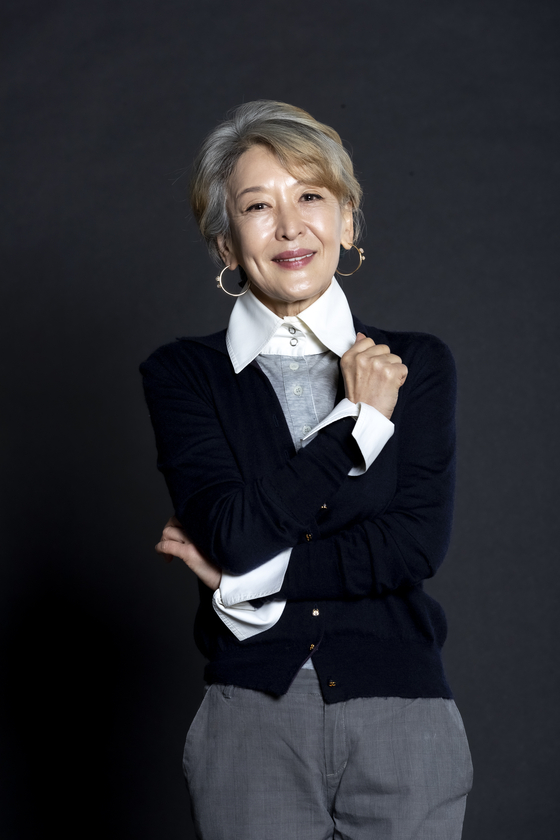 Yoon said she was taken aback when actor Park requested her to direct her final “Harold and Maude” back in 2008.

“Because she was talking about what would happen in 2021, I just nodded though I was quite hesitant as I’m not a professional director,” said Yoon. “I still don’t have confidence as a director but I’m working with a veteran actor and producer so I’ll do my best not to let the audience down for this significant production for the two Parks.”

Many young male actors played Harold as Park’s partner, including Kang Ha-neul in 2014 and 2015. Two rising actors Lim Jun-hyuk and Oh Seung-hoon will alternate the role in the upcoming production.

“I’ve never experienced two Harolds in one production. I think director Yoon is really spoiling me as it’s my final Maude,” Park said, chuckling. “On the opening day, I’ll be inviting all my previous Harolds to watch the play.”

The two young actors said they are honored just to share the same stage with Park.

“As a rookie actor, you learn a lot even in script reading sessions,” said Lim. “I feel a weight on my shoulders knowing that this production is Park’s last Maude. I’ll do my best to not ruin it and make it her most memorable.”

About-face on a special prosecutor