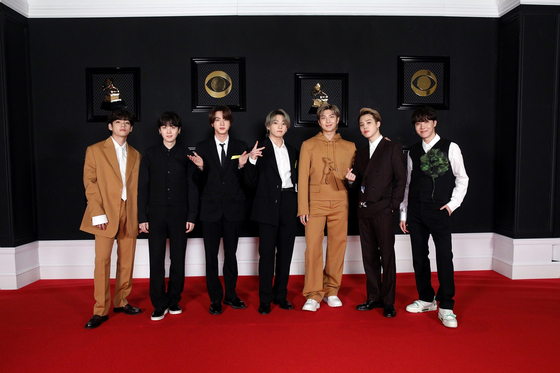 
Following a report from research analyst at Leading Investment & Securities Wednesday that claimed it is highly likely that BTS members will all enlist for their mandatory military service at the same time, the band's agency Big Hit Music said that they have "nothing to share, other than what the members have said [regarding military service] during a press conference  last year."

"It is predicted that the BTS members will enlist in the military simultaneously before mid-2022," a research analyst named Yoo Sung-man wrote. "Considering the effect of the content that will be pre-produced ahead of their enlistments, the actual period of inactivity will be around one year."

Currently, all able-bodied Korean men between the ages of 18 and 36 have to carry out their mandatory military service for one year and six months.

BTS member Jin said during a press conference about the album "BE" last November that "serving in the military in Korea is a matter of course," and that he'll respond if he gets the call.

The Ministry of National Defense revised the country's military conscription law last December, which allows men who made exceptional contributions to Korea's culture, like the members of BTS, to postpone enlistment until the age of 30.

If BTS becomes eligible, Jin, who is the oldest member of the group, can defer his enlistment until 2022.

Meanwhile, star producer Na Young-seok announced Wednesday that he'll be collaborating with BTS and feature the members on four episodes of his variety show "The Game Caterers" from next month.

The first episode will air at 9 p.m. on May 4 through V App and Weverse.