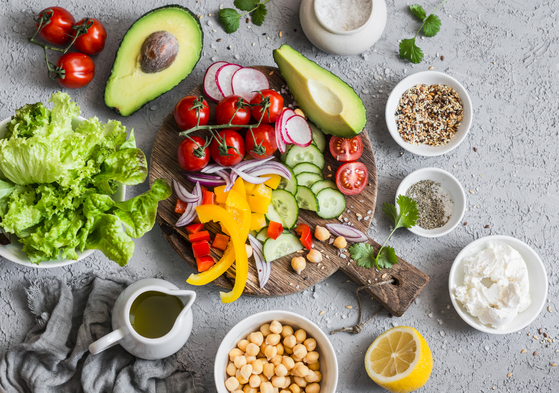 
For the last three years, freelance food consultant Ro Jee-soo has rarely eaten meat. She started living this lifestyle after watching a number of documentaries and reading a handful of books and theses about the health benefits of a plant-based life. She even looked up vegan triathlon athletes and what their nutritionists say to see whether going vegan would be beneficial. Ro now eats mostly vegan meals, but will make an exception for a meal cooked by a professional chef that uses some butter or cheese.

Venture capitalist Jean Lee, who’s been a pescatarian for about a decade, stopped eating meat after getting her pet. The cuter her dog looked, the more she found all other animals cute. She even started to question whether the people who slaughter animals for consumption are happy. Ethical reasons stopped her from eating any kind of slaughtered meat.

In the beginning, Lee kept her lifestyle change a secret but now gladly shares her dietary choices online and offline. She thinks spreading the word on the health benefits of a plant-based diet can encourage others to try it out for themselves.

“Last month, two colleagues told me they want to try being vegetarian,” said Lee. “I’m a very active person who works out and that must have inspired others to at least try this.”

Ro’s father has also turned vegan, even stricter than she is now, after his diet change led to some of his health issues being resolved.

“Korea is still very sensitive about doing what’s considered the ‘norm’ but more people are now open to at least trying to understand what this vegetarian and vegan talk is all about as they see such options on display at Starbucks or Burger King,” said Ro.

“Even when they still don’t know too much about what being vegan is, at least they learn how to respect each and everyone’s lifestyle choices, and hear them out.”


Small steps
Because plant-based lifestyles are still relatively uncommon in Korea, many assume that people become vegan due to dietary issues or other beliefs. Just like many other novice vegans, cartoonist Bo Sun confessed in her book introducing veganism that she didn’t know what it was before she began exploring the lifestyle herself and merely assumed people chose such diets for health reasons.

Veganism is based on the practice of not using animal products, particularly in diet.

Bo went onto a weekly chat “Veggie Talk” on Clubhouse on Monday to share her thoughts on going vegan.


“It is not that you have to strictly follow all the behavioral changes to become a complete vegan, but any attempt to change something small in your daily life counts,” said the writer.

“Once you start to look back on what you have done without much thought, you will easily find that there are little things you can change and you want to change. Try to think about what you take for granted and from there you can find what steps to take.”


Why now?
Why is veganism being talked about more nowadays? Jina Lee of Cafe Siva thinks one reason is the coronavirus pandemic.

“I think people nowadays, especially those in their 20s and 30s, feel the need to change to live more sustainable lifestyles,” said Lee, who gets a lot of diners that come to her restaurant looking for advice about being vegan and where to start.

“And trying out vegan or vegetarian restaurants in the city has become a trendy thing to do for youngsters as they can share their experiences on social media.” 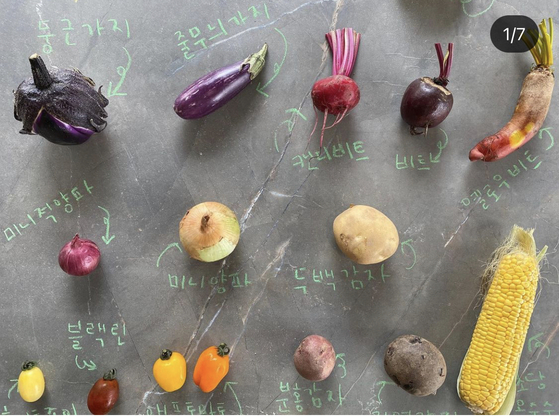 
Since the demand for knowing more about vegetables has not met the supply in the city, such plant-based eateries are in demand.

Vegetable bar Yangchul Seoul has been one of the hottest spots among vegan and vegetarian novices.

“I think we got more attention ironically because we are not fully vegetarian or vegan,” said Kim Yang-chul, the owner of the restaurant, adding that many want to take a baby step to eat more vegetables because they are fearful of making the leap into strict vegan diets.

“Customers say they come here to try eating some more vegetables yet they are very happy to see that we also serve some beef. But then most of them say that they are surprised to see how full they got from just eating vegetables as if they all forget about having eaten beef.”

To help diners discover how to better enjoy vegetables, the restaurant started to offer classes. The classes run for four weeks and students end up becoming regulars of the restaurant.

Another option for those ready to make a change is to try intermittent veganism or vegetarianism, choosing certain days of the week to abide by plant-based diets, or try pescetarianism, which is a vegetarian diet that includes fish and seafood.

Martin Ko, CEO of Street Ventures, has been eating like a pescatarian once a week since October. He felt the need to make a change to keep the climate from changing further and keep the earth safe. He usually cooks his own meals at home on the day he follows a pescatarian diet and shares the photos on his social media account.

“Instead of doing it every day and only lasting for a few years, I chose to eat mainly plant-based once a week as that puts less burden on me and gives me the power to do it forever,” said Ko.


Secret lifestyle
Many who begin practicing a plant-based lifestyle saying telling their friends, families and collegues was very difficult as they were worried about imposing inconveniences.

One designer who asked not to be named said she’s kept her dietary choices partially secret for 20 years since she decided to stop eating meat. She was served a plate of steak with too much blood and was traumatized by the incident. But she doesn’t want people to have any prejudice against her, so she has not actively shared the fact that she doesn’t eat meat.

“I still go to barbecue restaurants with friends because there are so many other things I can eat there,” she said. “I’m no foodie who likes to try out restaurants all by myself so I try to just go along with what my friends or colleagues want to do. I don’t want any spotlight falling on me as that could potentially make someone in the group uncomfortable."

For those debating about how to let others know about their lifestyle changes, Park Ji-hye, who's been a vegan since 2019 and an active cartoonist who spreads the word on veganism, has a simple piece of advice.

Making new friends that live a similar lifestyle has become much easier thanks to social media outlets.


Vegan animals?
Some vegans also have their pets abide by meat-free diets. Kim Sol-min runs Vigyeon, which is a brand aiming to produce plant-based snacks for dogs. Her research to make vegan pet food started when her dog was diagnosed with diabetes. She changed its diet to include a variety of grains and vegetables, and not much meat, and saw her pet's health improve.

“Such diet is not widely practiced in Korea yet, but there are reported cases from overseas,” said Kim, during a talk on Clubhouse, adding that it may not be for all the dogs, but good for ones with health issues.

“Just like we worry that our meat consumption accelerates climate change, the amount of meat consumed by pets also contributes.”

Funding for Vigyeon on Tumblebug ends on April 28. It has currently collected about 317 percent of the targeted amount of 2.5 million won ($2,235) as of Thursday.


From hotels to noodles
The increase in number of those living plant-based diets can be seen from the addition of a vegetarian category on food delivery app Baedal Minjok from August last year.

Even luxury hotels offer a chance to live like a vegan at least during people’s stay. L’Escape and The Westin Josun Seoul offer a chance to eat vegan food and use vegan products during an overnight stay given that many consumers are looking for sustainable options. The hotels wanted people to see how “trendy and sophisticated” a vegan lifestyle can be, despite the common notion that it might impose too much restrictions on day to day life. 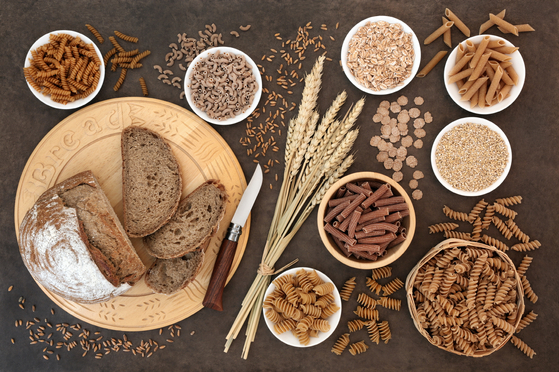 
Large food companies are also trying to get in on the act, introducing their own vegan items.

Nongshim created its vegan brand Veggie Garden, and has released about 18 items ranging from seasonings, vegan cheese and frozen food in January and continues to add more. Nongshim is the first Korean brand to create its won vegan cheese and make it available both on and offline.

“Since we first started testing products in 2017, we have been working with chefs at well-known vegetarian restaurants to come up with menus so that consumers can have an easier time enjoying vegan food,” said the company on its blog, citing the research done by the U.S. market research company CFRA that the global market for meat replacement products will grow to 116 trillion won by 2030 from about 22 trillion won in 2018.

Pulmuone is another local food company that's trying to get a share of the vegan market. It released the first-ever authority-certified vegan ramyeon noodles called Jeongmyeon. The company said over two million packages have been sold since they launched. The instant noodles were certified in November by the Korea Agency of Vegan Certification and Services.

With growing demand for vegan-certified ingredients, Turkey Promotion Group has been active in bringing in vegan items to Korea to distribute through online channels like e-commerce websites like Coupang and GMarket. Korea currently imports grains, seeds, processed vegetables, nuts, olives and olive oil from Turkey and the volume has been growing. From last year to January this year, imports of olives and olive oil skyrocketed by 6,000 percent, and imports of grains and seeds went up by 17.6 percent from 2019 to 2020. The country is using the word “vegan” to promote its products to the health-concerned and environmentalists.

Faux vs. vegan leather and how eco-friendly really is it?