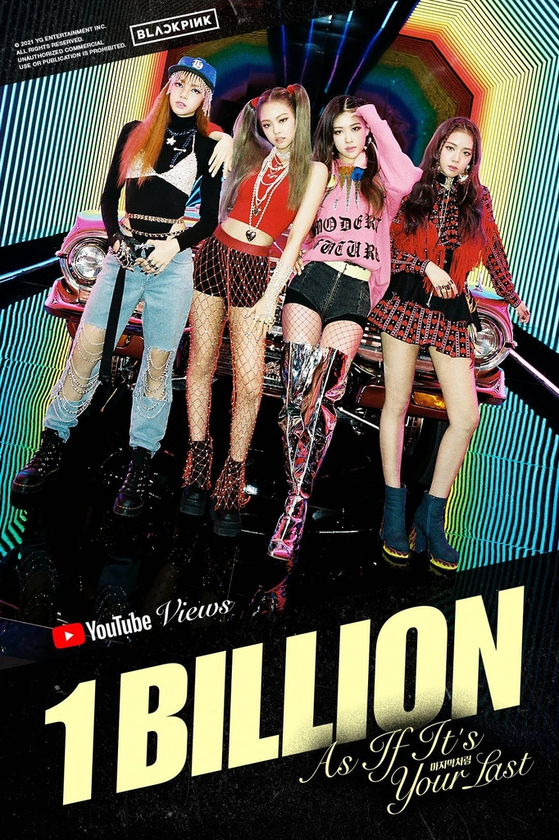 This image celebrates Blackpink's music video for ″As If It's Your Last″(2017) reached the 1 billion view record on YouTube. [YG ENTERTAINMENT]


Blackpink’s "As If It's Your Last" has become the girl group’s fourth music video that crossed the 1 billion view threshold on YouTube, the band’s agency YG Entertainment said Saturday.


YG Entertainment said the official music video for "As If It's Your Last" reached the record on Friday evening, three years and 10 months since its release in 2017. The song made it onto YouTube's Global Top 25 Songs of the Summer that same year.