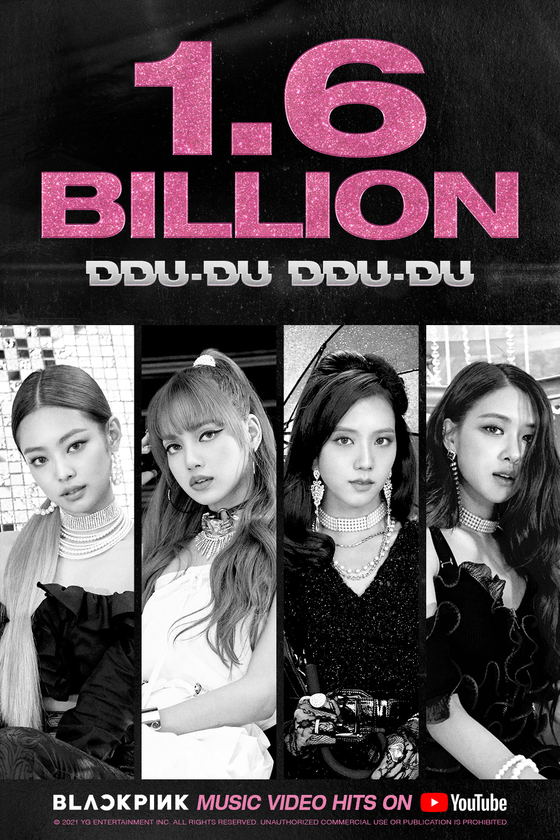 According to the band's agency YG Entertainment, "Ddu-du Ddu-du" hit the monumental threshold at 7:22 a.m. this morning, two years and 11 months since it was released in June 2018.

"Ddu-du Ddu-du" was the first song with a music video passing 1 billion views in November last year, which was also the first for any K-pop band, including both female and male groups.

The song was on the band's first EP "Square Up" (2018) and was an immediate hit, ranking at No. 40 on the Billboard 200 albums chart and No. 55 on the Billboard Hot 100 singles chart, the highest ever reached by a K-pop girl group.