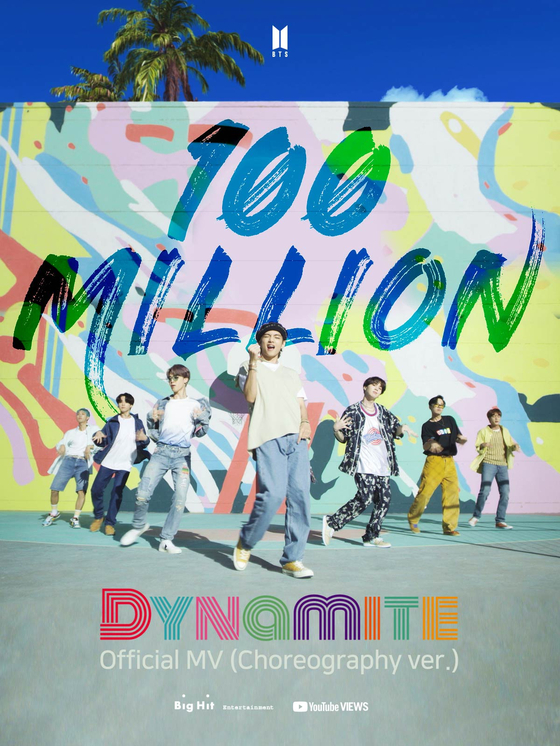 Big Hit Entertainment said that the choreography music video, which focuses on dance scenes of the band members filmed from a distance without dramatic elements, crossed the 100 million view threshold Saturday afternoon. The video premiered in the virtual social space within the Fortnite video game on Sept. 26.

The regular music video, which has both dance scenes and dramatic scenes, hit 800 million views on Jan. 24.

Released on Aug. 21, “Dynamite” has set various K-pop records. With the single, BTS was nominated for the 63rd Grammy Award for Best Pop Duo/Group Performance, a first in K-pop. The ceremony will take place on March 14. “Dynamite" also became the first-ever Korean song to be ranked No. 1 on Billboard's Hot 100 singles chart.

BTS has 29 music videos with more than 100 million views.