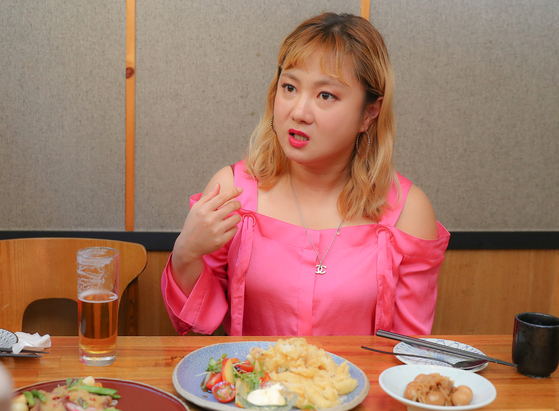 
Police are considering launching an investigation into comedian Park Na-rae after a complaint was filed against her for making inappropriate comments in a now-deleted YouTube video.

The video in question was uploaded as part of the “Hey Narae” original series by YouTube channel Studio Waffle of CJ ENM and featured Park and YouTuber Hey Jini.

Park came under fire after an episode uploaded in late March showed her putting a child's action figure into sexual positions and making inappropriate jokes. After the backlash, production staff quickly released an apology and deleted the video. Park also stepped down from the show.

On Friday, the police revealed that an official complaint had been filed through the government’s website E-People run by Anti-Corruption & Civil Rights Commission and that it will review whether it will make the incident a criminal case.