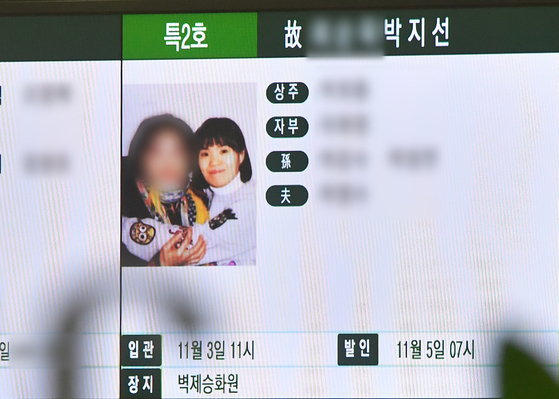 
The Seoul Mapo police station on Tuesday said no autopsy will be performed on comedian Park Ji-sun, who was found dead alongside her mother Monday.

A post-mortem was not performed respecting the wishes of the bereaved, the police said.

An investigation showed no evidence of criminal acts and what is believed to be a suicide note was found at the scene.

The one-page memo, written by Park’s mother, mentions that Park suffered from a health condition and she was leaving with Park because she could not send her daughter alone, according to a police report.

The comedian was found dead with her mother at her home in Mapo District, western Seoul, at 1:44 p.m. Monday by the police.

Park’s father first alerted police after neither his daughter nor wife answered his calls.

Their funeral service is being held at Ewha Womans University Medical Center’s Mokdong Hospital in western Seoul. They are to be buried at 7 a.m. Thursday.

2020 tvN drama series 'Flower of Evil' to get Indian remake