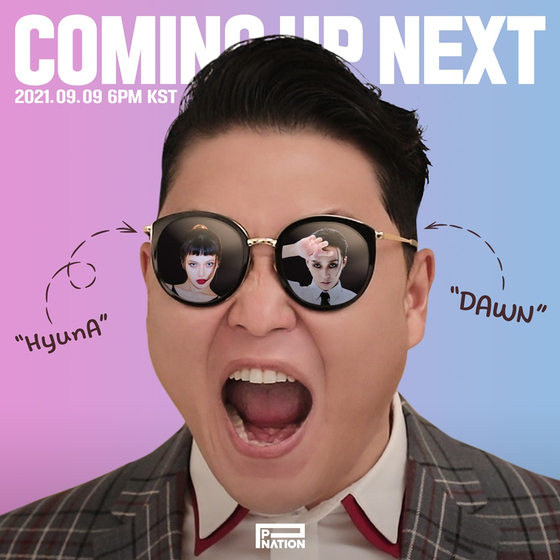 The teaser image for HyunA and Dawn's collaboration [P NATION]


K-pop power couple HyunA and Dawn are returning as a duo on Sept. 9, their agency P Nation announced on social media accounts Monday.

A teaser image was uploaded which shows Psy, the agency’s founder and singer of “Gangnam Style” (2012), wearing sunglasses with singers HyunA and Dawn on each lens.

Afterward HyunA uploaded a teaser for the duo’s music video on her Instagram, thanking her fans, staff members and boyfriend Dawn.

The couple confirmed that they were dating back in 2018.

The couple signed with P Nation after their contracts with Cube Entertainment were terminated in 2018.