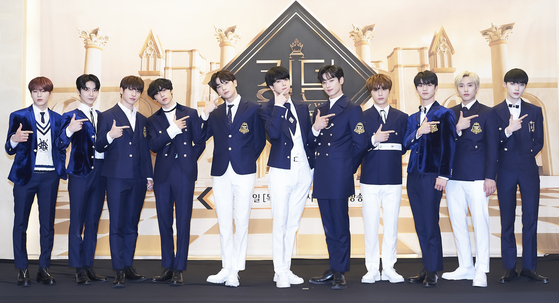 
Many K-pop agencies announced today that their boy bands have tested negative for Covid-19, adding that most of the members will resume their schedules as planned while some will go into quarantine for two weeks after coming into close contact with a person who tested positive while filming Mnet’s singing survival show for male idol groups, “Kingdom.”

Earlier this week, it was revealed that one of the dancers on the show tested positive for coronavirus, forcing all the staff and competing boy group members that were present during the recording on May 4 to undergo testing. A total of 46 boy group members are reported to have been present.

So far, all the members of Stray Kids, BTOB and Ateez tested negative and will resume all schedules from today, the groups’ agencies announced. FNC Entertainment also announced that all members of SF9 have tested negative, but said that the Department of Disease Control and Prevention recommended Taeyang undergo 14 days of quarantine as he had potential primary contact with the initial patient. It’s also the same case for The Boyz. All eleven members tested negative but Jooyeon will quarantine until May 18 as recommended.

However, unlike SF9, which will resume the schedule without Taeyang, Cre.Ker Entertainment said The Boyz will halt its schedule for two weeks.