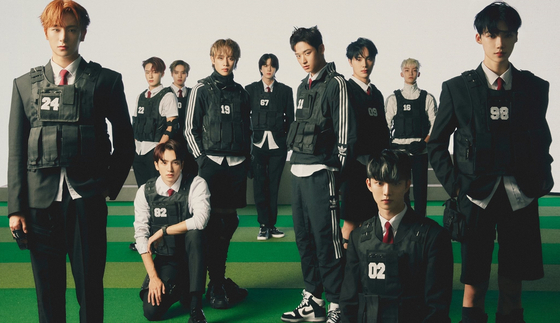 
The Boyz will contribute a track to the original soundtrack for webtoon "Solo Leveling," the boy band's agency IST Entertainment and D&C Webtoon Biz announced Thursday.

The track from The Boyz will be revealed in February 2022 along with a music video.

"Solo Leveling" is currently being published on the mobile content platform KakaoPage and has garnered over 600 million views in Korea. The webtoon and its web novel version have over 7 million subscribers combined.

Also proving popular in Japan, China and North America, "Solo Leveling" received an award from the Minister of Culture, Sports and Tourism at this year's Korea Content Awards.

The Boyz is an 11-member boy band which debuted in 2017 and gained more popularity after winning Mnet's music competition show "Road to Kingdom" (2020).