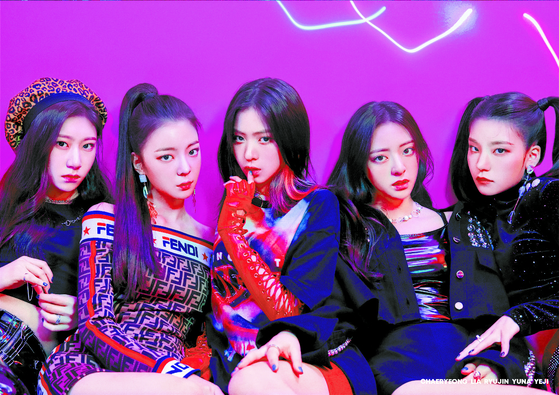 
Girl group ITZY ranked on the Billboard 200 chart for the first time, according to Billboard on Monday.

Billboard announced that ITZY’s EP “Guess Who” (2021) ranked at 148th, although the official chart will be updated on Tuesday.

This is the first time the girl group has entered the chart, two years and three months since its debut in February 2019.

ITZY is the seventh female K-pop act to land on the Billboard chart after BoA, 2NE1, Girls' Generation, Twice, Loona and Blackpink.

ITZY has been eyeing the U.S. market since its debut. It held showcases in the U.S. promptly after its debut in Korea and released its English album “Not Shy (English Version)” in January which included English versions of all its lead tracks.

“Guess Who” also ranked 164th on the Rolling Stone Top 200, and the EP’s lead track “In the Morning” ranked 56th on music streaming platform Spotify’s Global Top 200 chart, the highest for any ITZY song.

The EP has also sold over 200,000 physical copies, the highest record for ITZY.