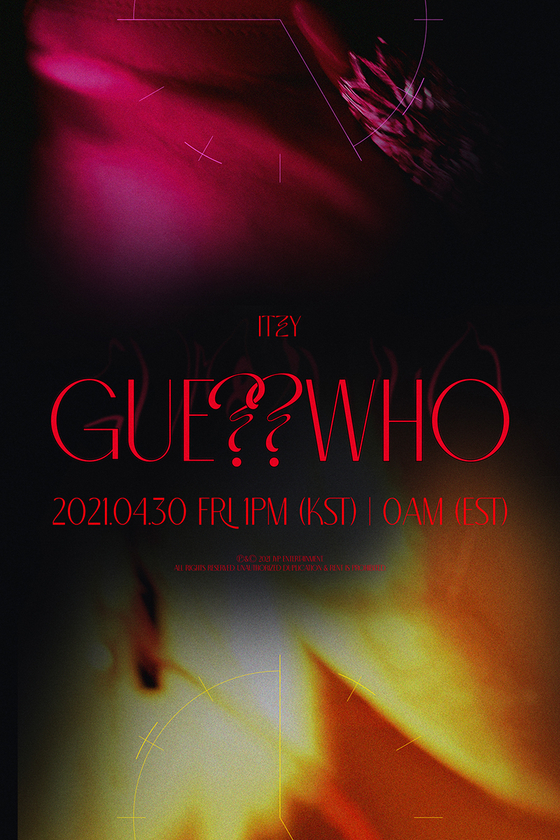 
Girl group ITZY will release its new album "Guess Who" on April 30, the band's agency JYP Entertainment said on Monday.

The agency released an image of a poster with two mysterious objects set against a black background, with the title "Guess Who."

The band recently said its upcoming music will be "a fun surprise" in an interview with Forbes, asking for fans' love and attention.

"I can tell you that it’s going to be something very different from the past," said band member Chaeryeong.

ITZY recently held an online meet-and-greet event and introduced new track "MIDZY" on Saturday. The song was written and named after its official fan club of the same name.

Saturday's event came as a celebration of the band's second anniversary. The band debuted on Feb. 12, 2019 with digital EP "IT'z Different" and lead track "Dalla Dalla" and rose to stardom as one of the most promising rookies of the year.

The band's fan club MIDZY officially launched in January this year. The name means "to trust" in Korean.