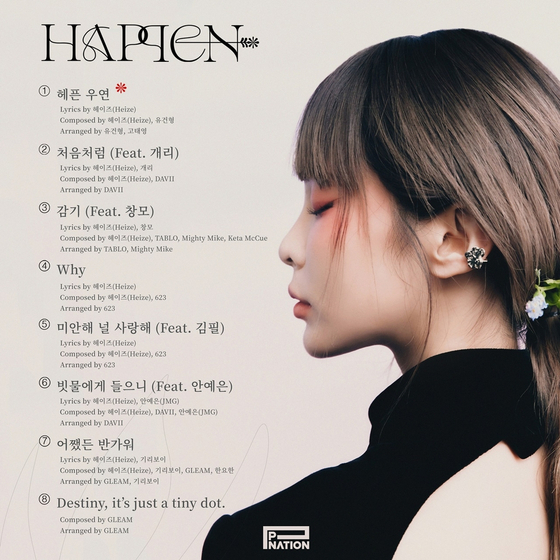 Heize’s tracklist for her 7th EP “Happen” was revealed by her agency P Nation on Thursday. [P NATION]


Singer-songwriter Heize will release her seventh EP, “Happen,” on May 20 with many high-profile collaborators, her agency P Nation said Thursday.

A total of eight songs will be included on the EP and feature ballad singer Kim Feel, singer-songwriter Ahn Ye-eun and rappers Gary and Changmo.

Heize wrote seven out of eight tracks — except for ‘Destiny, It’s Just a Tiny Dot” — with help from other artists.

Tablo collaborated on the melody of ‘Flu” and rapper Giriboy co-wrote “Hi, Hello.” Ahn co-wrote “From the Rain” and also performed on the track.

fromis_9 to cancel 'from our Memento Box' events after car crash