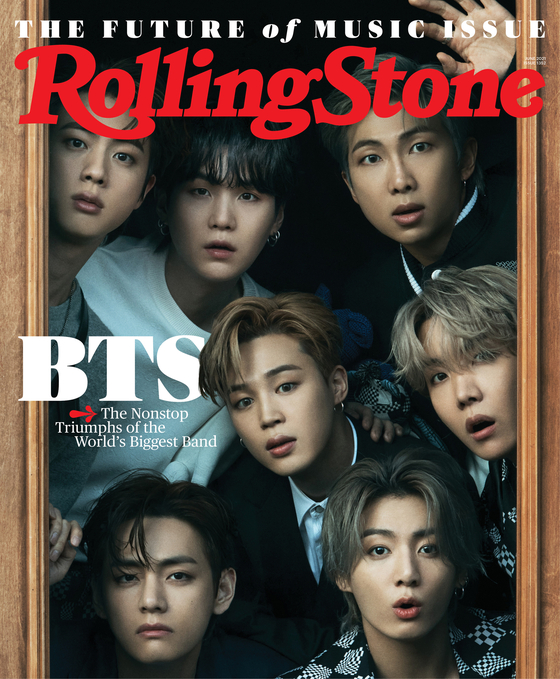 
K-pop megaband BTS will cover the June issue of U.S. pop culture magazine Rolling Stone for the first time "after years of asking for it," the magazine announced Thursday night.

"The momentous cover sees the international superstars fronting Rolling Stone’s 'The Future of Music Issue', with a look at the biggest acts in the world and their impact on the music industry today," said Rolling Stone.

The magazine complimented the band's achievements from their "humble beginning in Seoul to taking over the Grammy stage and stadiums worldwide" and for having "cemented their status as one of the most influential groups in music."

Rolling Stone also posted an article titled "The Triumph of BTS," which explained how "seven young superstars rewrote music-biz rules and became the biggest band in the world."

The article includes an in-depth interview with the seven members that talks about the band's music, their own stories of how they came to join BTS and what BTS means to them.

"BTS’ downright magical levels of charisma, their genre-defying, sleek-but-personal music, even their casually nontoxic, skin-care-intensive brand of masculinity — every bit of it feels like a visitation from some brighter, more hopeful timeline," described the article.

For the June issue, Rolling Stone is offering a BTS Collector's Edition Box Set at $150, which includes an exclusive photoshoot set of BTS that was shot in April and additional covers of each individual member, along with the newsstand cover of Rolling Stone.

More details can be found on the magazine's website, rollingstone.com.