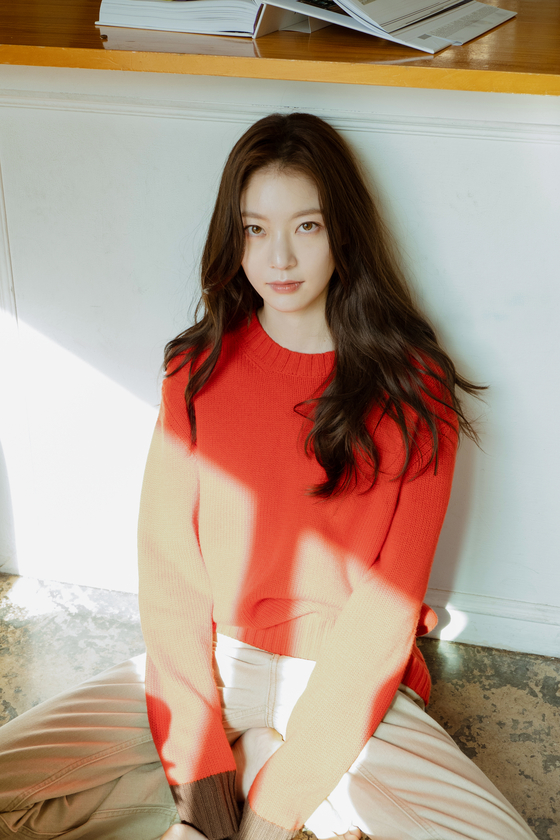 
One-person households surpassed nine million last year and experts predict that number will reach 10 million within a year or so. Such households account for one-third of total households in Seoul. "Aloners" is a film that centers on people living by themselves and is set to arrive in local theaters on Wednesday after winning the CGV Arthouse Award and Gong Seung-yeon taking home the prize for best actor for her role as Jina at this year’s Jeonju International Film Festival.

“It was my first time to take on a lead role in a feature film where I appeared in every scene,” Gong said during an online interview with the JoongAng Ilbo, an affiliate of the Korea JoongAng Daily on Thursday. “I asked director Hong Sung-eun, ‘Why me?’ She said that the Jina I portrayed would be a perfect fit for her film. It was my first time portraying this kind of a character, so I was curious how I’d be reflected on screen.” 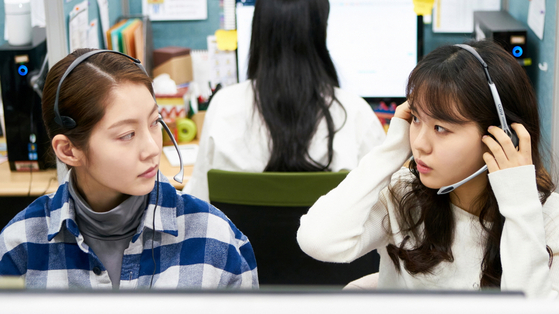 
Jina is in her twenties and works at a credit card call center. Although she is the top employee at the center, she is an introvert and lives a very private life. Her only friend is the television in her home. She doesn’t give so much as a glance to her neighbor whom she meets now and then in the hallways of her apartment complex and is annoyed by her junior colleague Soo-jin, whom she is responsible for training. She is also being bothered by her estranged father who keeps contacting her through her mother’s cell phone, who recently passed away.

“She says that she’s more comfortable being alone, but the truth is she wants to mingle with people, but just finds it awkward and scary,” Gong said. “If there is any similarity between Jina and I it's that I also lived alone for almost six years so I enjoy doing things alone too, such as eating, drinking, and watching movies. Unlike Jina though, even though I am a homebody, I chat with my friends through Zoom and I also have a pet that I consider my companion.” 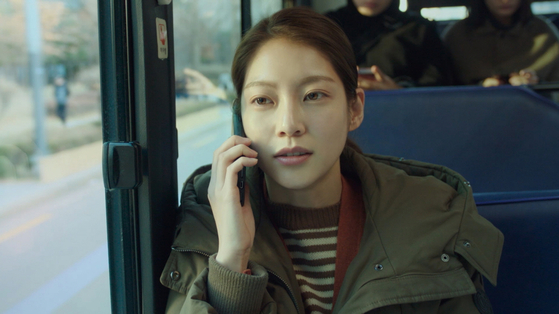 Gong won the best acting prize at the 22nd Jeonju International Film Festival for her role as Jina in the film "Aloners." [THE COUP]


Many different kinds of holojok, a portmanteau of the Korean words holo (alone) and jok (group), appear throughout the film. The next-door neighbor who attempted to talk to Jina when they met in corridors, ends up dying alone at home; Soo-jin, who came to Seoul from Chuncheon, Gangwon, for the job at the call center finds the work meaningless and Jina's father attempts to start a new life after the passing of his wife. These characters represent the real faces of people living by themselves in Korea as opposed to the cushy lives of single celebrities as seen on the MBC variety show “I Live Alone.”

Gong’s indifference and lack of emotion drives the story. The businesslike tone that she takes as an employee is very natural, to which the actor credits her sister who had experience working at a call center.

“Like in the film, there are many jinsang, a Korean word referring to indecent people or their behaviors, like those who demand the employees call out all their transactions one by one, and there’s a high turnover rate in that business. There were also a lot of related clips on YouTube, so I practiced mimicking them,” she said.

Gong said the trickiest part about portraying Jina was reflecting her subtleties. She has no explosion of emotions. The actor said she is still unsatisfied with the smoking scenes.

“I learned to smoke a month before we began shooting, but only now I see all the details I missed,” she said. “For instance, I hastily put out an unsmoked cigarette when my boss came to talk to me but I heard that’s something smokers never do (laughs).”

Gong describes Soo-jin, the newbie who tags her along with Jina as “an affectionate person whom I would love to meet in real life.”

“Jina keeps her distance, but she’s only repeating what she's learned from her senior colleagues. But Soo-jin, who’s very active in expressing her emotions, influences Jina to think about the proper way of saying goodbye.

There are no twists or drama in director Hong’s feature debut film. Instead, the realties of Koreans today are meticulously captured. The neighbors who pay their tributes to the man who died alone, or how Jina installs a camera at her father’s home and tells him that she will check in on him now and then, convey the message that they’re not afraid of solitude, and will face it and adapt.

The film also changed Gong’s perspective on her career.

“Now I will be able to confidently answer when someone asks me ‘What films have you featured in?’” she said. “Actually, I shot this before Covid-19 hit but I think it is suited for this period when people are spending even more time alone. I’m starting afresh. Like Julia Roberts, the actor l love, I will build up my filmography naturally as I get older."