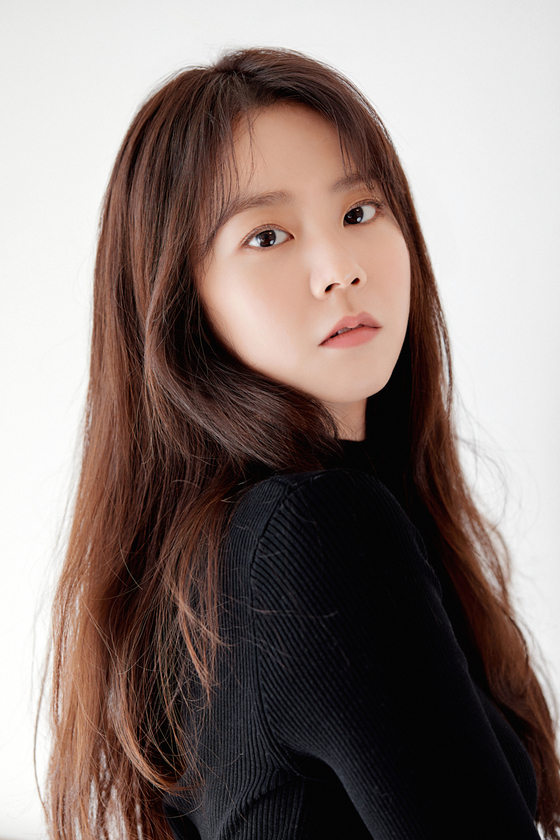 
Former girl group Kara member Han Seung-yeon is making her silver screen debut in “Show Me the Ghost” which hits local theaters on Sept. 9. The thriller comedy tells the story of college graduates who live together in one building which they find out is haunted.

Han takes on the role of a young woman named Ye-ji who graduates from a university outside of Seoul and is having a hard time landing her first job.

“I like how Ye-ji grows through the companionship she finds with her friends,” said Han during a recent online interview with the Ilgan Sports, an affiliate of the Korea JoongAng Daily.

“I took the role thinking that I could be really healed while I played this character. And really, I relieved a lot of stress I had and I continued to live on the liveliness [the character had given me].”

Han, who is focusing more on her acting career, also talked about what it felt like to try her hand at another genre in the entertainment industry, away from the music scene where she began her career. Below are edited excerpts of the interview.

Q. What does it feel like to position yourself as an actor rather than a singer?

A. It’s been about 15 years since I made a debut as a singer. Now, I've spent as much time as a singer as I have as an actor. When I first started [acting], I worried that it might take longer for me to get my name out as an actor than it took for me to make it as a singer as part of a team. But now, I've taken a lead role in a movie and also got compliments for my acting work.


Do you worry about fans' expectations about you because of the time you spent as a K-pop star?

Because of the character I have showed to the public since I was young, there are some who expect me to only show that bright side. But, I think acting isn’t something you only do when you're young. If the benchmark to decide whether one has succeeded in acting is an award or viewership rate, now I am more relaxed and think that such remarks can come a little later. Back in the day, I used to think that I would be more loved if I succeed in times when I’m a little bit prettier, but now I have more room to feel relaxed. If I can continue acting when I turn 30, or even 50, I think recognition will someday follow my efforts.


Do you miss being a singer?

It’s been about three years since I started focusing on acting full time. I do feel the itch [to sing]. Many people might not have known, but until the pandemic hit, I continued working as a solo singer in Japan. I had released albums and done many events, so it has not been that long since I paused doing music. I was going to do more right away, but due to the [pandemic] situation happening, there has been a delay.


Can we expect the members of Kara to reunite?

Actually, we have been talking about that. Of course nothing is set yet, but there have been some offers [related to a reunion], so we are checking things out. We are all very cautious about making it work again. We have all talked about working together as Kara again since the moment we left our agency DSP. Despite all the things we need to sort out, we are very eager to talk more about it as it’s been about 15 years since we made a debut.

Before the level four social distance measures went into effect, we often got together. Some of the members even came for the movie screening without telling me. They are all very lovely. We talk a lot often and the chatting never stops in our online group chat. We just need to wait a little longer until the day we can all get together again. 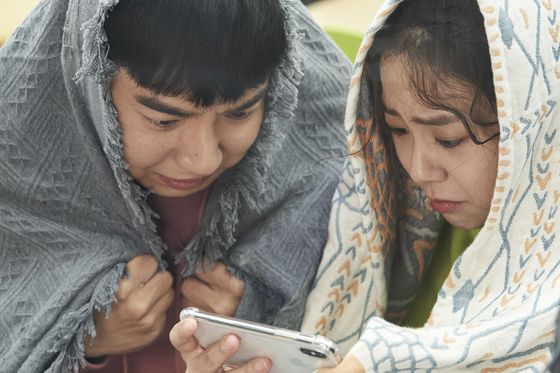 A scene from film "Show Me the Ghost" with actor Han Seung-yeon, right [INDIESTORY]


What was it like to be a member of a K-pop girl group?


When I was a singer, I think I was just so focused. I pushed myself until I hit my limit, I didn’t eat, I didn’t sleep, yet I had to keep practicing. If I got sick, I would just go get a shot at a hospital. My physical condition was never my priority nor was my mental health. I just lived to perform.


Are things different now that you are acting?
Since I've started acting, I think I've become a completely different person. I can’t do much about my body getting physically tired, but I take more time checking on my mental health. I now know how to look after myself. When I was so focused on being a singer, I put my real self behind the curtain. So the first time I started acting, showing my real emotions was something I was so hesitant to do. 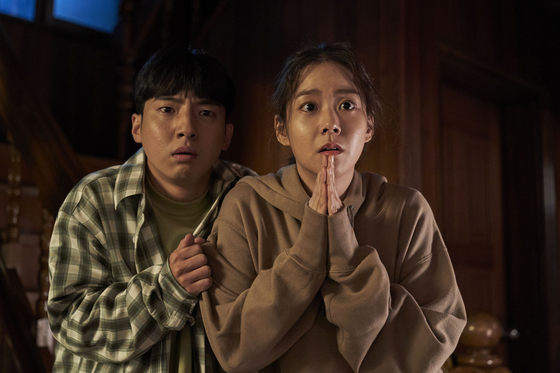 A scene from film "Show Me the Ghost" with actor Han Seung-yeon, right [INDIESTORY]


Did acting feel strange to you?
I questioned whether I could really act. It felt very awkward. I was never angry at anyone or shouted. I just had to be someone that’s nice to everyone. That past made it really difficult for me to express myself. I studied and trained step by step, and I think I became more humane. That part was the most fun. I don’t need to hide what I feel anymore.


Now when you look back, how did you get through your time as a singer?
We had a sense of accomplishment that we made our dream come true. Also, the system of having a team really helped me endure. There were tough times that we had to go through, but even on the days when I didn't feel like talking, we had events that we had to attend. The reason I was able to stay healthy was because I had other members who would cheer me up when I was down, and I supported them when they were down.