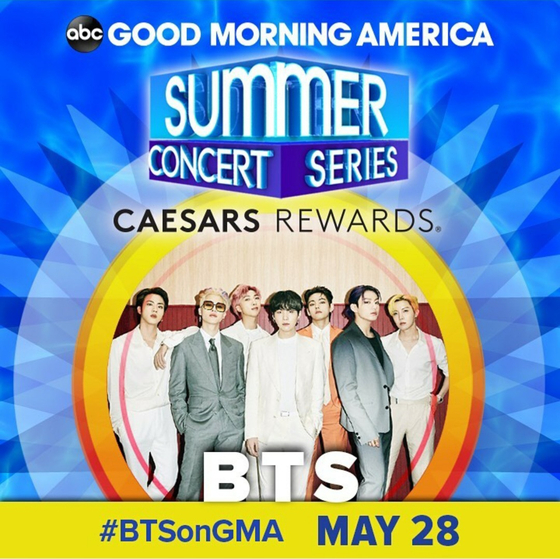 
BTS is set to open the 2021 Summer Concert Series hosted by “Good Morning America” on May 28, according to the ABC morning show’s official social media on Monday.

BTS will kick off the concert series with a virtual event, and will be followed by other artists including Bebe Rexha, Chance the Rapper, Pitbull, Fall Out Boy and Tinashe, with performances scheduled until late August.

The series is held every summer, and BTS previously participated in the 2019 event, performing in Central Park in Manhattan, New York City.

BTS’s event will come a week after the release of its single "Butter,” the boy band’s second track entirely in English set to drop on May 21.

BTS will premiere the song at the 2021 Billboard Music Awards on May 24.