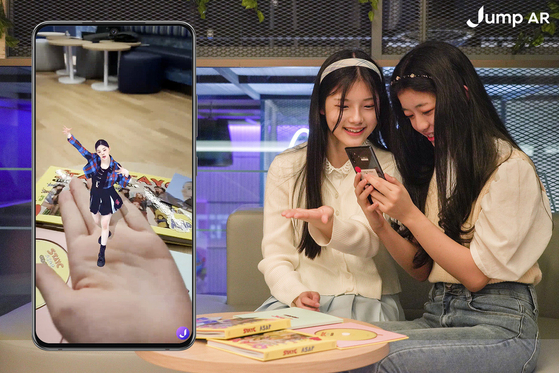 Models try out the ″digital human content″ AR service available on the Jump AR app created by SK Telecom, featuring girl group STAYC. The content has been created as a part of the telecom company's ″K-pop Metaverse Project.″ [SK TELECOM]


SK Telecom will offer augmented reality (AR) content and a music video featuring girl group STAYC as a part of its "K-pop Metaverse Project," the company announced on Wednesday.

SK Telecom released "digital human content" of STAYC on its Jump AR app on Wednesday, which shows tiny avatar versions of the STAYC members against a real-life background created through the camera device. The members were shot in SKT's Jump Studio.

A music video for "ASAP," the lead track of the band's new EP released last month, will be released on Thursday. 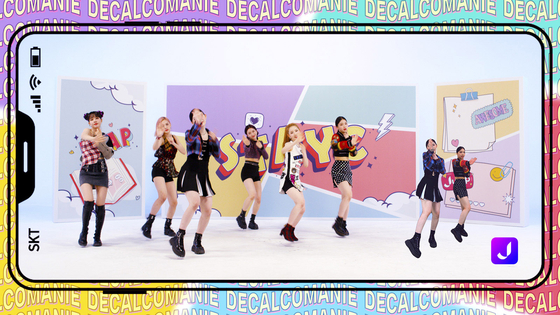 A music video of girl group STAYC's ″ASAP″ will be released on Thursday. The video has been created as a part of the telecom company's ″K-pop Metaverse Project″ and has been shot ″against a metaverse background″ according to SK Telecom. [SK TELECOM]


The music video has been recreated "against the metaverse background," according to SKT, and will be posted on popular K-pop music channel 1theK's YouTube page.

STAYC will also hold an online fan meet-and-greet afterward to talk with fans on Thursday afternoon.

The company said that it will focus on creating more metaverse-related content in the future.