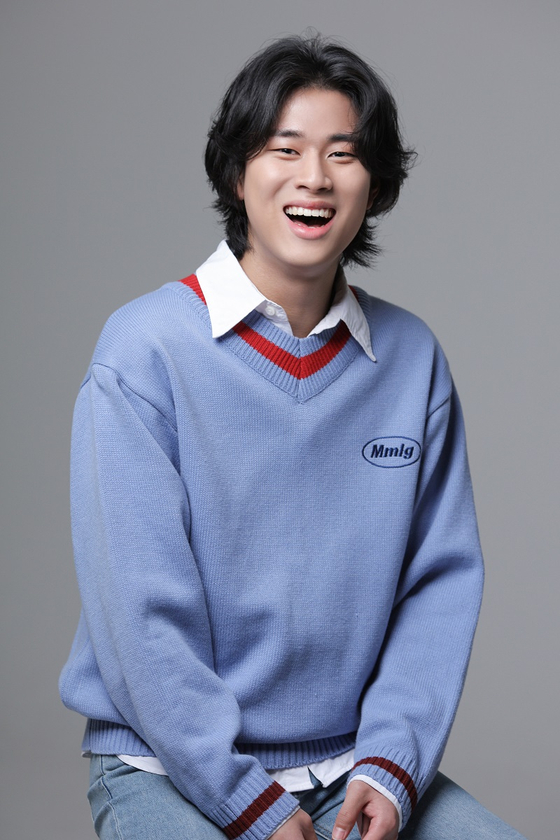 
A yellow traffic light can mean different things to different people. For cautious drivers, it means slow down. For those who prefer to throw caution to the wind, it means speed up. Either way, a yellow light signals the point in time when you must make a decision, and singer Lee Mu-jin says that it is that very ambiguity he has come to face in his early 20s that he wanted to portray with his new single “Traffic Light,” which was released last Friday.

“I’m at the beginning of adulthood and this song shows that state very well,” Lee told the Korea JoongAng Daily in a recent email interview.

“Traffic Light” was Lee’s first new music in three years and also the first since he finished JTBC’s audition music show “Sing Again” as one of the top three contestants earlier this year. The program was intended to give “nameless” singers, who had either not had the chance to properly show their talent yet or those who had been forgotten over time, a chance to perform and shine on stage. Lee jumped at the chance and stole the hearts of viewers from the very first episode with his unique style.

“Traffic Light” is a jazzy folk song that Lee wrote and composed. He compares the moments in life where we are sometimes forced to stop, allowed to freely go or sometimes just hover in place, to each color on a traffic light. He has used the metaphor of a yellow light before in “Sing Again,” to describe how even though a yellow light only flickers for the shortest seconds compared to the green and red lights, it still does its job and tries its best in its place.

But with this song, the metaphor goes the opposite way. The uplifting mood of the song consoles listeners by telling them, “You’re not the only one.” 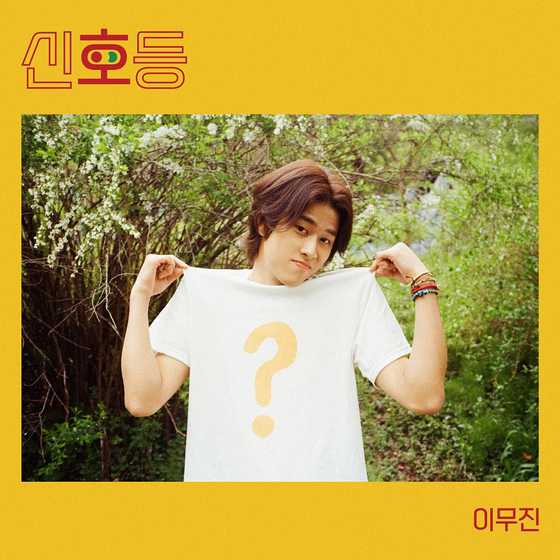 
“Red and green, the three short seconds in between, it makes me hollow, I don’t even know if I’m going fast or slow,” read the lyrics. Lee picked “Don’t bother me” as his favorite part from the song, which comes after the words, “It’s just all yellow in front of me,” symbolizing the indecisiveness when it comes to decision making.

“I want to talk about the chaotic state of mind that young people face in the first stages of entering society,” he said. “That sense of chaos builds up day by day and the song embodies that.”

During “Sing Again,” Lee, just as many other contestants that took part in the season, got to flaunt his potential by performing cover versions of many famed songs from the history of Korean pop music. But writing and releasing his very own creation feels “fulfilling and overwhelming,” Lee said.

“I feel sincerely happy to think that I will get to do what I have always wanted but could not. I’ve been waiting for the day that ‘Traffic Light’ comes out on music sites and imagining what that would feel like.”

Born in December 2000, Lee is a university student who is currently attending the Seoul Institute of the Arts. He first wrote “Traffic Light” as a freshman when he was given an assignment to write a song to perform for his classmates. Each student was required to choose a color from the rainbow and come up with a song and performance using that color as the theme.

“Traffic Light” is a result of combining both his knowledge as a student and a singer, but there’s a difference between the two, he said. 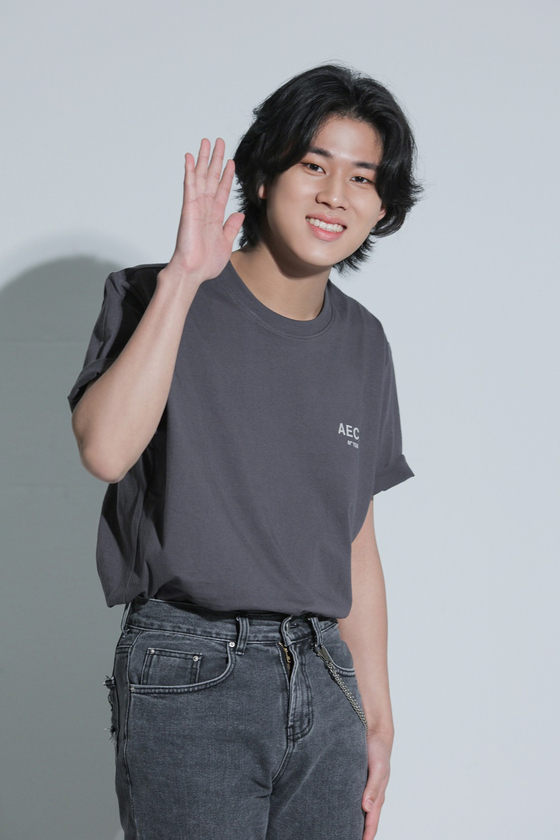 
“In school, I always had to think about what new sounds and new theories there are and base my music on that — it had to be the one and only one,” he said. “But in the field, it turns out that the songs that are simple and stay true to the basics — along with good vocals — get good ratings. In school, students learn by depending on each other and listening to each other’s works. But in the field, I think you look at someone else’s performance and learn how they convince the listeners. The commonality is that it’s both about music, but the difference comes in the sheer gap in the level of difficulty of the two.”

As a singer, Lee hopes that his songs will not just be added to someone’s playlist for a fleeting moment and then be forgotten. He described himself as a “singer-songwriter who tells his stories while playing the guitar” during “Sing Again.” Just like with “Traffic Light,” he wants to tell stories that stick in listeners’ hearts.

“I hope that my songs will not just exist as ‘good songs’ and disappear,” he said. “I want them to get people thinking. So I often emphasize that [my songs] are stories, not just songs, in that sense […] I’m going to tell a lot of stories about ordinary lives. I want to deal with subjects that many people will get to empathize with.”

He always loved music, both creating and performing it. So the path he’s walking is definitely a happy one — but not in the way that he expected it to be.

It’s only been three months since “Sing Again” ended on Feb. 8, so it’s natural that Lee is still known as “Lee Mu-jin from ‘Sing Again.’” He hopes that will change but it all depends on listeners.

“I hope that I get to make music that can always be enjoyed, regardless of what genre, tempo, rhythm or pitch I choose.”