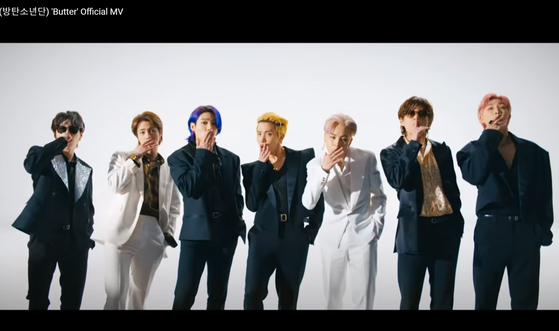 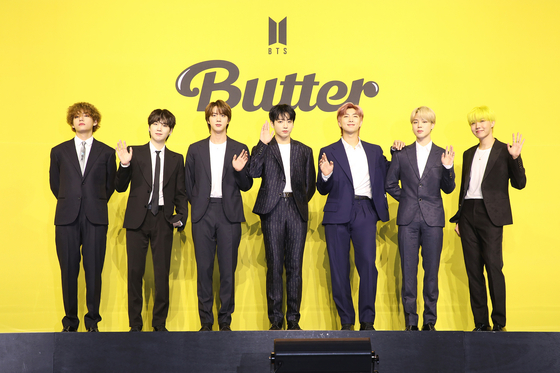 Boy band BTS poses for photos prior to the press conference for its latest digital single ″Butter″ held on May 21. [BIG HIT MUSIC]


BTS's latest single and second English-lyric track "Butter" debuted at No. 3 on the U.K. Official Singles Chart on Friday.

It once again marks the highest ranking for the K-pop band on the British music singles chart after the septet peaked at No. 3 last year with the band’ first English-lyric single "Dynamite."

The Official Chart said “Butter” was downloaded over 10,000 times, the most for any song on the week's chart.

BTS’s most recent ranking on the Official Singles Chart before “Butter” was 10th for the Korean-lyric song “Life Goes On” in November.

As for the Official Albums Chart, the K-pop band has topped the chart twice, with "Map of the Soul: Persona" in 2019 and "Map of the Soul: 7" last year. The band's latest album "BE" landed at No. 2 in December.