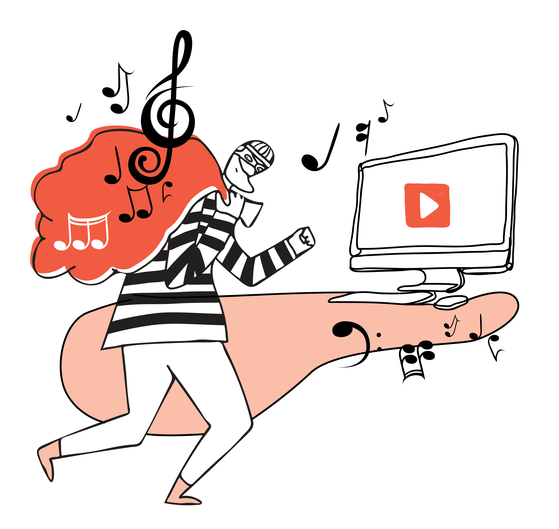 Earlier in May, Korean netizens began a hunt for Chinese music companies that were violating copyright laws.

It all began when a YouTuber called Podone, who usually uploads gaming content, posted a link to his channel of a video in which singer Younha’s famed ballad “Waiting” (2006) has been sung in Chinese. Podone noticed in the description box on YouTube that the video had been copyrighted by the Chinese company.

The post went viral and singer Younha posted on her Instagram that she was “made aware of the situation” on May 6.

“I would have authorized [the remake] if they had properly followed through with the [legal] process,” wrote the singer. She added that she was shocked at the “unimaginable way it’s been done,” but ended with an optimistic attitude saying, “'Waiting’ has proven itself as a masterpiece!”

Netizens found multiple cases where Chinese music companies registered Korean pop songs that have been translated into Chinese as their own content on YouTube without authorization from the original copyright owners.

Younha’s “Waiting” had been uploaded by Believe Music, which used the same method of copying the songs but singling the lyrics in Chinese to register Lee Seung-chul’s “Western Sky” (2005), Toy’s “Good Man” (2001), IU’s “Tear Drops in the Morning” (2009) and many more as their own content. Other songs such as “Road” (2001) by g.o.d, “Y (Please Tell Me Why)” (2004) by Freestyle and “Already One Year” (2001) by Brown Eyes had been similarly pirated by Chinese companies The Orchard Music, Enjoy Music and EWway Music.

While copyright infringement may be one of the most prevalent form of crime that takes place in the online world, the sheer vastness of the internet renders content makers almost powerless to foul play.


A song’s creator can register their music on YouTube, which means when a video is screened by AI and is found to feature work without the permission of the creator, the profits are redirected to the copyright holders’ account. If a work is not registered and used in a video that is not the original creator's, the profits will go to the uploader. 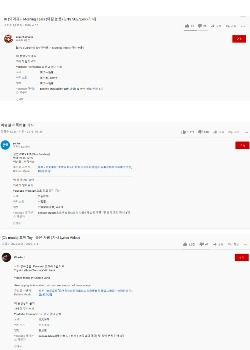 Some Korean pop songs have been translated into Chinese and registered by Chinese companies. From top are IU’s “Tear Drops in the Morning” (2009), Lee Seung-chul’s “Western Sky” (2005) and Toy’s “Good Man” (2001). [SCREEN CAPTURE]

The Ministry of Culture, Sports and Tourism said on May 21 that it will investigate the issue further and ask YouTube to compensate those affected and employ a better process to register music. The ministry also said it will discuss with Chinese government authorities to see if any measures can be taken against the Chinese music companies. All the aforementioned videos have been taken down and the Korea Copyright Protection Agency said it will monitor YouTube for similar cases.

“We are helping copyright owners to manage their copyright on YouTube through systems like content ID,” said YouTube, adding that it will help its partners to “claim the rights to their content.” However, it refused to comment on the issue regarding Chinese companies or whether it can collect the money made from the illegal videos.

Many blamed the Korea Music Copyright Association (Komca) for “not doing its job.” But according to Komca, there’s no realistic way that the association can take preventative measures against music piracy other than post-management. It is both the right and duty of a music maker to license their content on YouTube, which would then make it impossible for people who use songs illegally to benefit monetarily.

“But some content creators sometimes have no idea that they have to license it themselves, or even the fact that they can,” said a Komca official. “So if they forget to register their work, then they can’t stop other people from claiming it for themselves on YouTube. YouTube has no way of telling whether the Chinese song is the original or not because its copyright system is run by an AI program that can’t know who the creator is. It is impossible for us to search every song on every digital platform so everyone must remember to license their work to make sure it’s properly protected.”

The issue, more specifically, is related to neighboring copyright. In the aforementioned cases, the Chinese companies registered themselves as the songs' distributor, producers and performer. This means that while the original composer and lyricist are still recognized and receive compensation, the Chinese companies can profit even though they are not legally entitled to it.

Neighboring copyright is mostly managed by the Federation of Korean Music Performers (KFMP). Just as is the case for YouTube, a song’s creator must register their work with Komca and KFMP, which then acts as the trust administrator of the copyrighted works. Copyright ownership enters into force the moment that a certain work is created and does not require documents or files to endow a creator with the right. But when it comes to a dispute over copyright, creators must be able to prove themselves as the original owner, according to attorney Hwang Ho-jun at Law Firm Jeongsol Yeouido Finance Center.

"Most music creators are ordinary individuals who aren't aware of their legal rights or responsibilities," said Hwang. "That's why they register their work to trust administrators, so that they can take care of the things creators can't. The YouTube issue arose from the trust organizations' lack of understanding of YouTube's system and would be preventable in the future if they make sure to register all their trusted works on YouTube. And to make sure that similar problems don't arise in the future, they should set up a checklist to follow with any other online platforms that will come in the future."