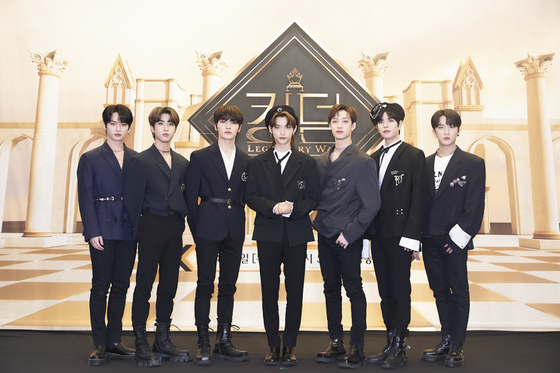 
Stray Kids were crowned the winners of cable channel Mnet's K-pop competition show "Kingdom: Legendary War" on Friday night, wrapping up the three-month series with a performance of its song "Wolfgang."

"Kingdom" began on April 1 and featured six of the hottest boy bands in K-pop: Ateez, BTOB, iKON, SF9, Stray Kids and The Boyz. The bands competed with new songs and themes every Thursday in pursuit of the throne of the kingdom.

The last round held on June 3 was themed "Who is the king?" Ateez performed "The Real," BTOB staged its track "Finale," iKON flaunted "At Ease," SF9 showed off its moves with "Believer" and The Boyz, "Kingdom Come." 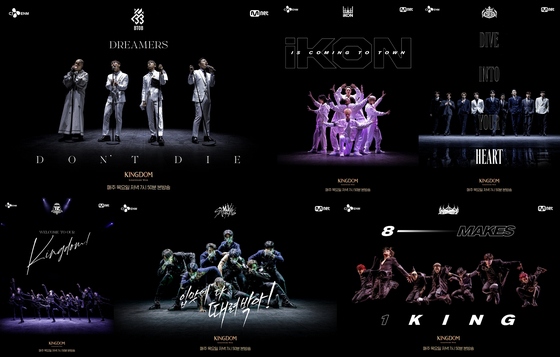 
Stray Kids's "Wolfgang" was the one to steal people's hearts, with its powerful theme of "Wolves chasing music," taking the name from the famed classical music composer Wolfgang Amadeus Mozart.

The song was written by the band's subunit 3RACHA which specializes in song making and producing, consisting of members Bangchan, Changbin and Han.

"We obviously prepared ourselves thinking that we are going to win," the band said in an official press release on Friday. "There were difficult moments but we could push through thanks to the fans' support."

"I felt a strong sense of nostalgia while watching the six teams' powerful performances and I hope to communicate with fans myself," said Changmin, a member of TVXQ and the emcee of the show.