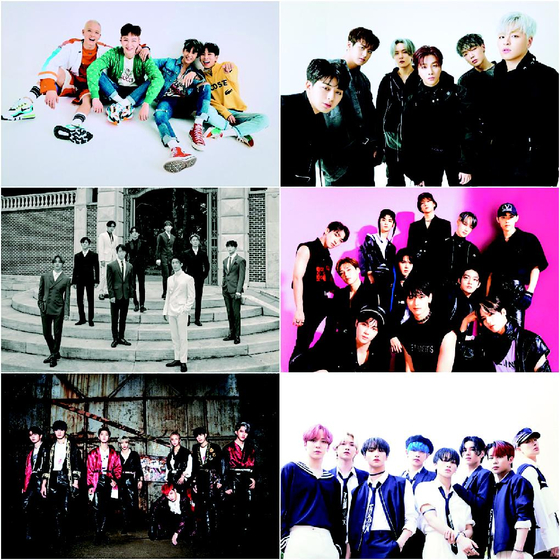 The show is the boy band version of the channel’s 2019 “Queendom.” It features six boy bands that have already debuted — BTOB, iKon, The Boyz, Stray Kids, ATEEZ and SF9 — which all compete to win the "royal crown."

Questions about the budgets were first raised by managers of the bands who said it was evident that the stage and props differed greatly. Each band was supposed to be allocated five million won ($4.4 million).

The production team of the show apologized for not checking all the details with each contestant on Monday. However, it has also added that it is difficult for the production team to give out detailed guidance on what is allowed, as it needs to respect the creative direction of each and every artist that is trying to make the best performance.

“We take this issue seriously, and we will try to have more talks in advance with the teams’ agencies so that each artist can focus on making its stage performance the greatest,” the production team said.

“Kingdom: Legendary War” is set to begin airing from April 1.