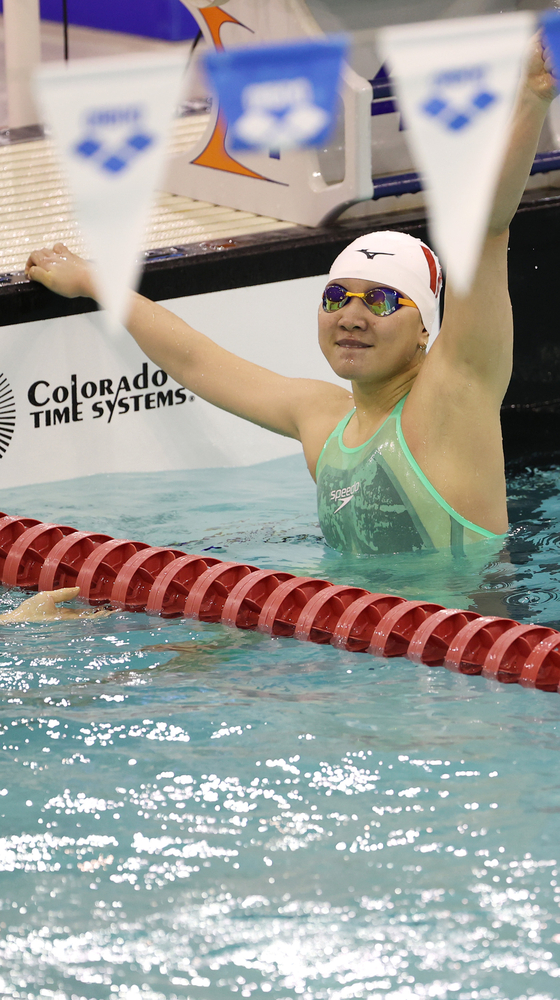 Lee Eun-ji reacts to her victory in the women's 200-meter backstroke race at the national team trials at Jeju Sports Complex in Jeju, Jeju Island, on May 16. [YONHAP]


Eleven Korean swimmers will head to Tokyo where they will vie for Olympic glory in 13 different events.

For the women, Lee Eun-ji competes in the 100-meter and 200-meter backstroke, Kim Seo-yeong in the 200-meter individual medley and Han Da-kyung in the 1500-meter freestyle. 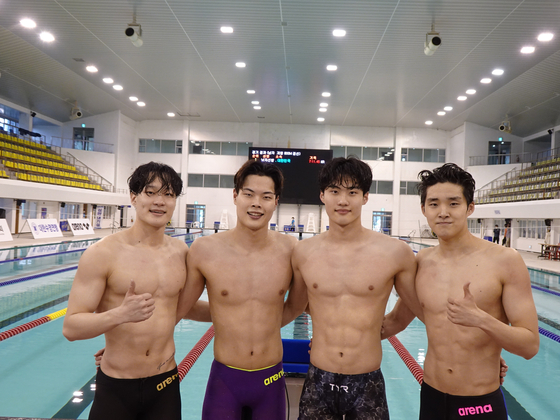 
Each country can earn two Olympic berths in each event if the two swimmers have come within the Olympic Qualifying Time (OQT) at the qualifiers. If there are more than two swimmers that have done so, priority will be given to those who have the highest competition performance.

If less than two swimmers finish with a record under the OQT, the next swimmer with the highest record within the Olympic Selection Time (OST) will earn the berth.

In total, Korea has won four medals in swimming, one gold and three silver, all of which were won by Park Tae-hwan, Korea's most successful swimmer.

Olympic swimming became a popular event in Korea during the 2008 Beijing Olympics, when Park won a surprise gold medal in the 400-meter freestyle and a silver medal at the 200-meter freestyle.

Park went on to win two silver medals at the 2012 London Olympics but failed to get past the preliminaries at the 2016 Rio Olympics. 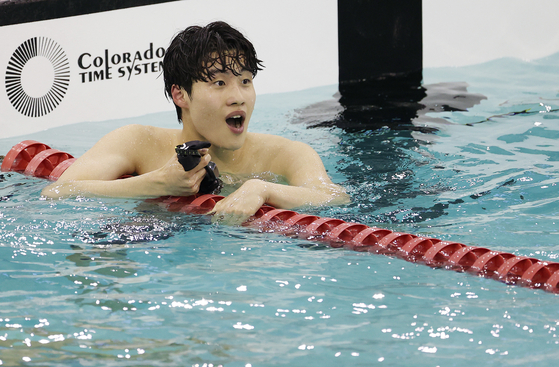 
Hwang Sun-woo not only hopes to carry on Park's legacy, but seems to have already reached that level, having taken down the three-time Olympic medalist's longstanding 100-meter freestyle national record with 48:25 at the 2020 Korea national team trials in November, 2019.

At the same trials, he reached new heights as he set a new junior world record at 1:45.92 in the 200-meter freestyle race. He has been swimming even faster since, having now beaten his own world record by a full second at 1:44:96, putting him just 0.31 seconds behind the 2016 Rio Olympics gold medal record.

This record easily comes within the cut of 1:47:02 needed to qualify for the Tokyo Games and to put things into perspective, would have earned himself silver in Rio, also making Hwang the 16th fastest 200-meter freestyle swimmer of all-time.

As if that wasn't enough, he followed up with another new lifetime best and national record of 48.04 in the 100-meter freestyle. 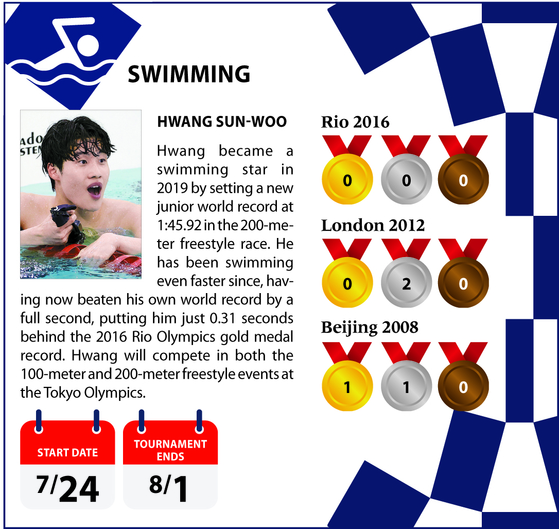 Hwang will compete in both the 100-meter and 200-meter freestyle events at the Tokyo Olympics.

The swimming events start on July 24 with the men's and women's heats and ends August 1.