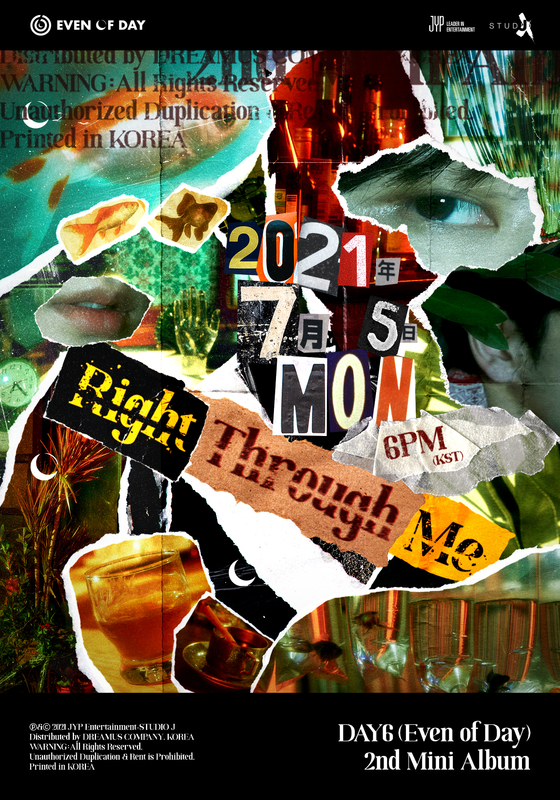 A teaser image of DAY6's upcoming EP, "Right Through Me." [JYP ENTERTAINMENT]


End of Day, a subunit of boy band DAY6, will release its second EP on July 5, according to its agency JYP Entertainment on Monday.

The news broke through the band’s social media outlets which also revealed the name of the new album, “Right Through Me."

The subunit, created about five years after DAY6 debuted in 2015, unveiled its debut EP “The Book of Us: Gluon - Nothing Can Tear Us Apart” last August.

The second EP of the subunit will be released at 6 p.m.

All nine members of Twice renew their contracts with JYP Entertainment