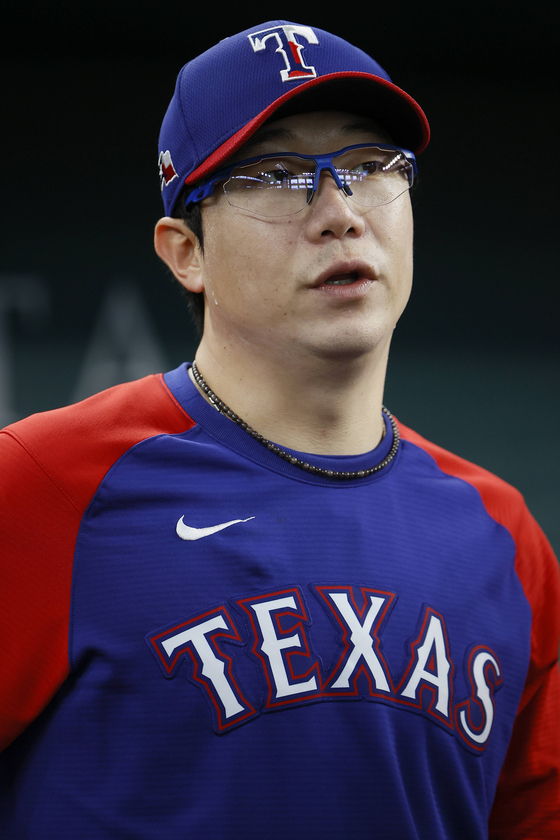 
Yang Hyeon-jong's whistle-stop tour of the majors has come to an end, at least for now, as the Texas Rangers have sent the Korean southpaw back down to the minor leagues.

The Rangers on Wednesday sent Yang back down to Triple-A affiliate Round Rock, making room for pitcher Ian Kennedy, who had been on the 10-day injured list.

"Manager Chris Woodward said the staff wants Yang to get more reps and starts at Triple-A Round Rock before getting back up to the big leagues," the Texas Rangers said in a statement.

In only a little more than a month, Yang has gone from Triple-A to an MLB relief pitcher, then an MLB starter, and now back to Triple-A again.

He then spent a month mostly playing at the team's alternate training site while on the taxi squad ready to be called up to the majors.

That waiting paid off and on April 26 he was called up to the majors, becoming the 26th Korean-born pitcher to appear in the big leagues. He pitched four and one third innings and gave up five hits and two runs while striking out one for a 4.15 ERA against the Los Angeles Angels.

Yang made another appearance in relief on April 30, before the moment he had been waiting for came. On May 5, Yang was brought in as a spot starter, throwing eight strikeouts and giving up one run in three and one third innings.

Following that first outing, Yang went back into the bullpen for a game, and then returned as a starter for three straight games from May 19 to May 30. He pitched 11 and two third innings throughout those three games, giving up 10 earned runs for three losses.

He reappeared in the bullpen on June 11, giving up two earned runs in one and one third innings.